In 1919, a group of brave men set off to make the daring first flight from the United Kingdom to Australia – a feat never to be attempted. A race open to pilots of Australian origin, it would test the technology and its people to the extreme. It became known as the Epic Flight. In 2019, the State Government of South Australia wanted to commemorate this historic achievement with a State Dinner in their honour – and they in turn engaged South Australia’s Novatech Creative Event Technology to help celebrate in a memorable way.

The Vickers Vimy has been preserved in excellent condition with it currently being housed in a custom-built temperature-controlled home at the Adelaide Airport carpark where the public can view it through glass windows. The event organisers wanted to pay tribute to the historic aircraft on the night at the Adelaide Convention Centre which is where Novatech came into the picture. With Novatech’s vast experience around large historic celebrations, they were engaged to provide a way of acknowledging the aircraft and its crew using modern technology.

Due to the abundance of high quality photographic pictures from the race, it was decided that a tribute using visual imagery on standard screens was possible but wouldn’t convey the scale and emotion of the Epic Flight. The event organisers felt that a ‘virtual’ plane using a hologram would enable the plane to take its rightful place ‘in’ the room and approached Novatech to assist in bringing this idea to life. Novatech is no stranger to holograms in events having previously used holographic technology on events such as the International Astronautical Congress in 2017.

Working alongside Campfire Content, the Vickers Vimy was carefully recreated in a 3D digital space using only historic photos and videos from the State Library of South Australia. Once built, a virtual Vickers Vimy was born and could be animated in creative ways for both entry into the room on the evening but also as a holding state during speeches, entertainment and dinner breaks. Novatech used Hologauze technology teamed up with disguise media servers and Barco UDX4k-32 laser projectors for a sharp & clear holographic representation of the famous plane. Presented at one front corner of the room, the hologram display area allowed the plane to be ‘flown’ in at the start of the evening and then take pride of place for the rest of the evening.

Accompanying the hologram were two large 40m x 7m projection surfaces either side of the room to create a visual canvas for large scale and widescreen images commemorating the event’s proceedings. This included an ‘in-the-plane’ view on take-off, maps of the route and beautiful images from the race and arrival into Australia where the crowds assembled. This content was again created by Campfire Content in sync with the hologram to ensure a smooth and consistent display across the evening.

In keeping with the celebration of such historic aviation technology from 1919, the dinner then looked towards the future with South Australia taking a leading role in gaming, cyber, defence and space industries. To accompany this, the Vickers Vimy gave way to a modern-day satellite on the hologram surface complete with reflecting earth as it rotated on the surface. This was the perfect way to tell the story of how technology can change the world across generations. 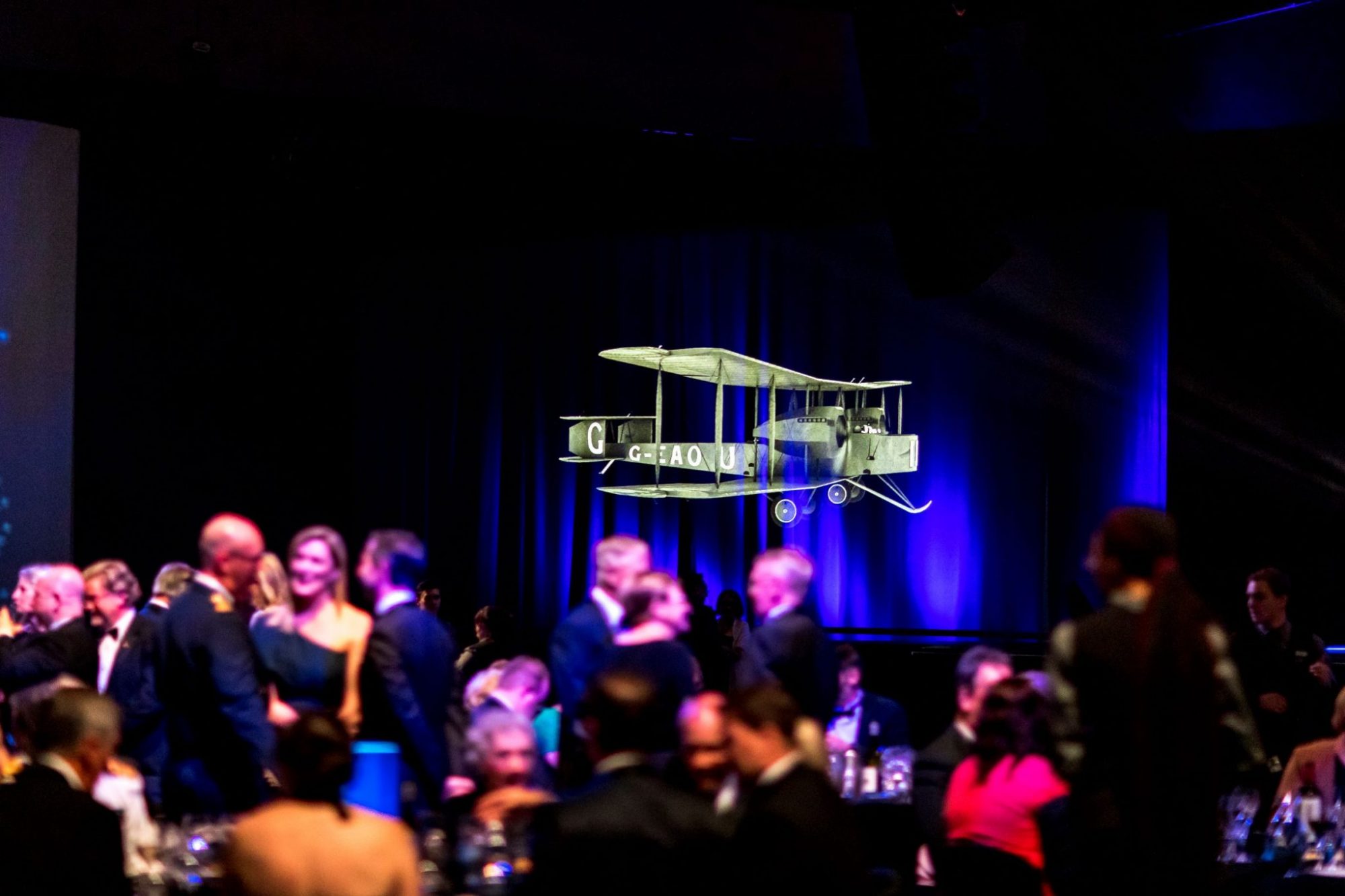 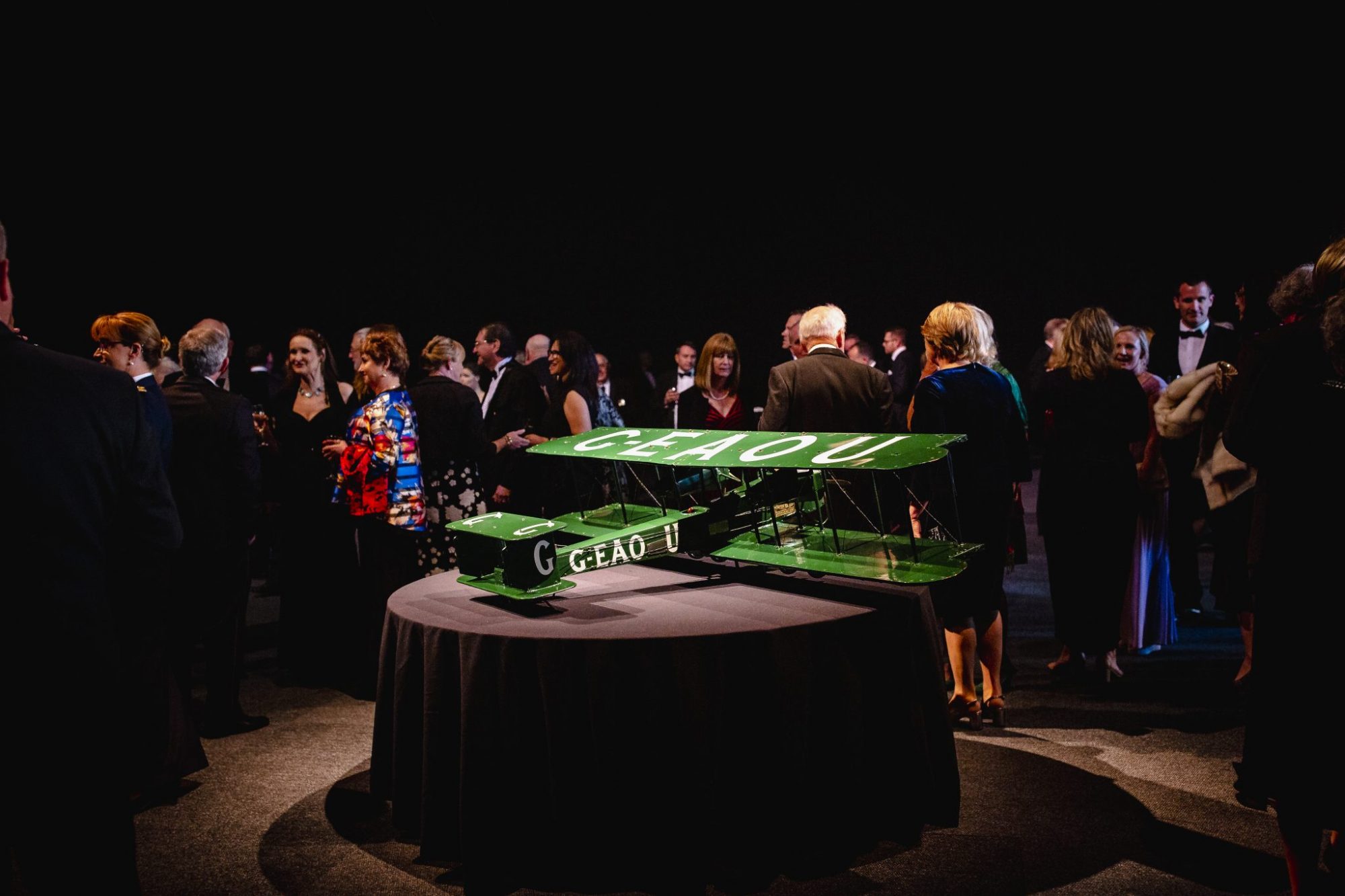 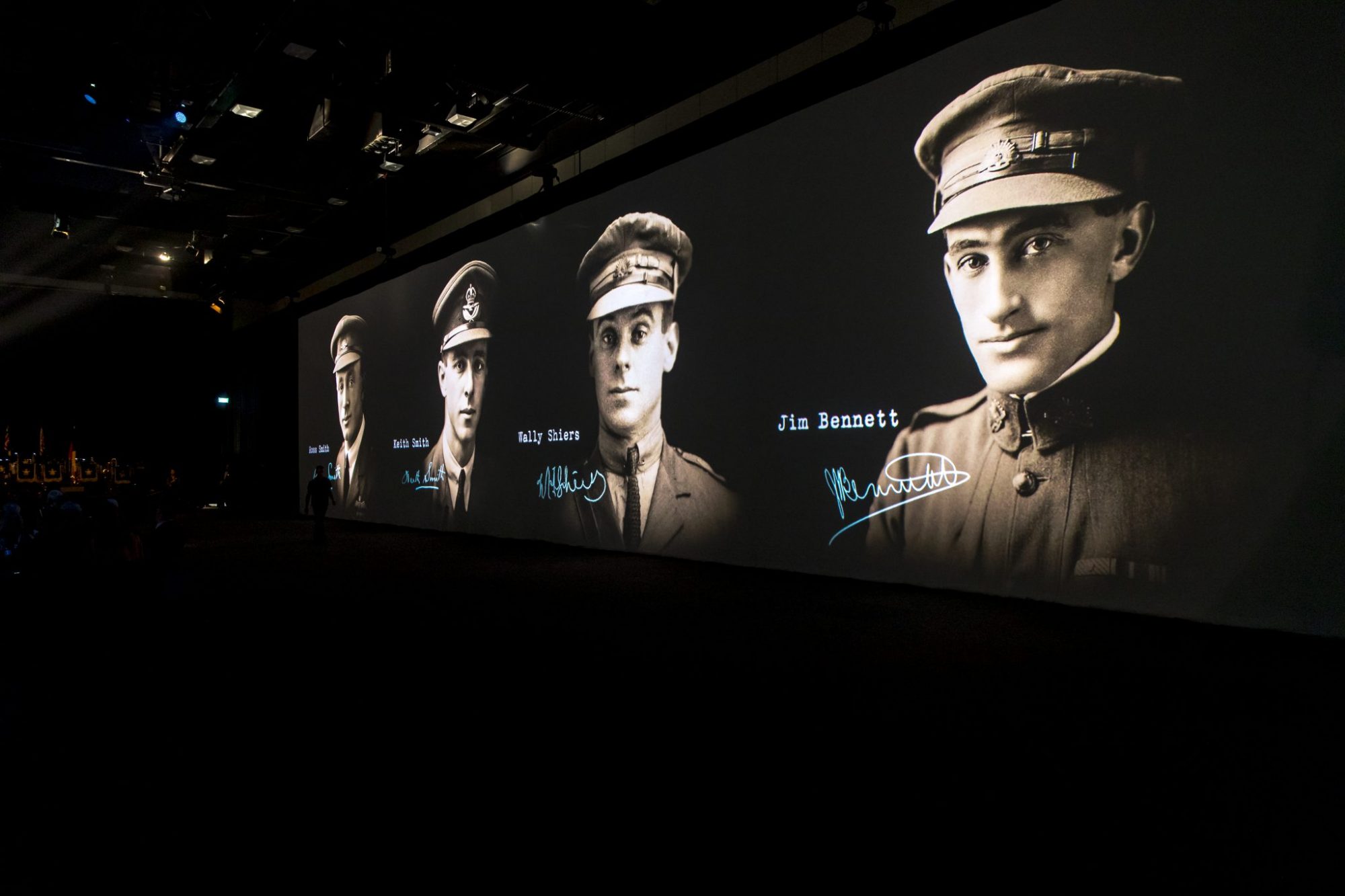