Having taken their ceremonies inside in the Adelaide Entertainment Centre in 2021, the Australia Day Council of South Australia decided to do the exact opposite in 2022, presenting Aus Lights on the River at Tarntanya Wama/Elder Park over four nights.

Aus Lights on the River invited connection to nature and belonging to Country via the medium of large-scale projections with audio. The varied installations featured animated sea creatures and native animals inhabiting trees and water, cultural moving image art by Kaurna presenters, and stories of multicultural community members celebrating belonging. Facets of the Adelaide Festival Centre, the park’s Rotunda, trees, and a water screen were all canvases, with content produced in collaboration with projection arts and illumination specialists Illuminart and Campfire Content Co. Aus Lights on the River was assisted by the Australian Government through the National Australia Day Council and supported by the Government of South Australia and strategic partner City of Adelaide.

Around 20,000 visitors experienced Aus Lights on the River from 23 to 26 January, which included performances by First Nations dancers and the Adelaide debut of Illuminart’s AirLume, an 8m x 8m x 9.5m inflatable, projection-mapped sculpture whose appearance was sponsored by Epson.

Novatech Creative Event Technology supplied all technical infrastructure across the site, including media servers and projectors, with the exception of AirLume, which was handled with Illuminart’s own equipment. Projection design for the event was handled by Jayden Sutherland of The Bakery Design Co., with Nexstage providing all the projection towers needed for the event.

With activations spread throughout the park’s area, including on the opposite bank of the river, and the public free to wander wherever they chose, getting all the infrastructure in required some careful planning.

“We didn’t want to have to build too many projection and lighting towers,” explains Novatech’s managing director Leko Novakovic.

“The design doubled-up on what the towers were covering as much as possible. For example, the tower that covered the AirLume projections also covered the Moreton Bay Fig projections, and all the towers also run lighting. Some of the original locations we wanted to build towers weren’t feasible because of building works, but it was a simple matter to find work-arounds as we’d mapped the entire site in disguise’s Designer 3D modelling software.”

Nexstage’s custom-built projection and lighting towers kept valuable equipment protected from the elements and totally secure. Built around a lightweight aluminium scaffold frame, the towers are modular, scalable, and clad in black panelling, giving them an unobtrusive and clean look.

The projections covering the facets of the Festival Centre and the wrap-around screens of the Rotunda were handled by Novatech’s & The Bakery’s disguise media servers. Playback around the rest of the site came from a mixture of Novatech’s Mac Minis running QLab, or Illuminart’s high-specced laptops.

On the opposite bank of Karawirra Parri/River Torrens to the Adelaide Festival Centre and the bulk of the activations, a huge 14m x 4m Layher scaffolding frame was built by Nexstage to support a giant realisation of the central theme of Aus Lights on the River – ‘Country’. With input from the First Nations Open Circle Discussion Group, the enormous message was created by custom printing a banner for each letter and installing them on the scaffolding frame with Keder track. Illuminated by Novatech, the changing colours and textures reflected in the water of the river, bathing the site in the ancient message of belonging. 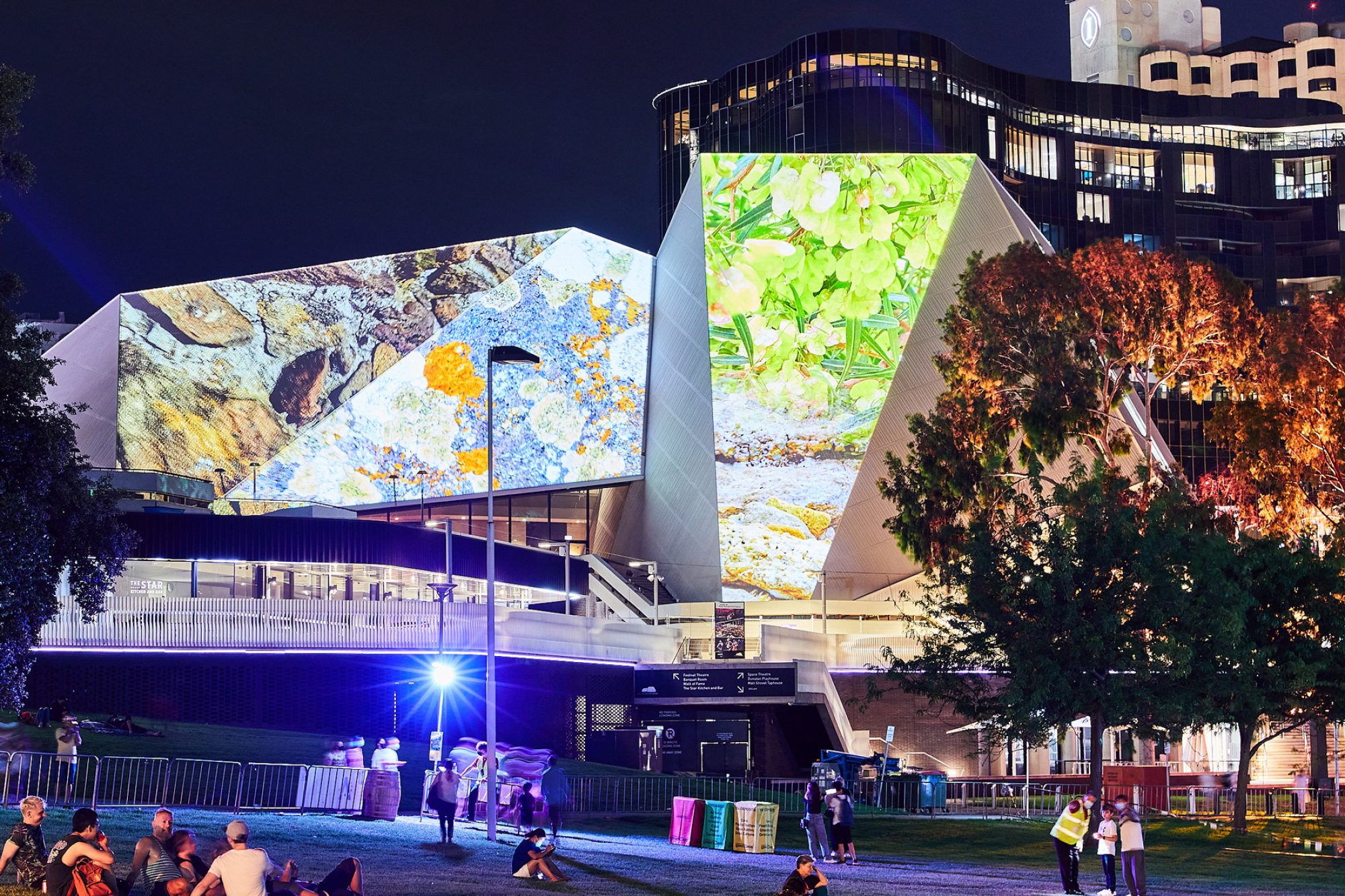 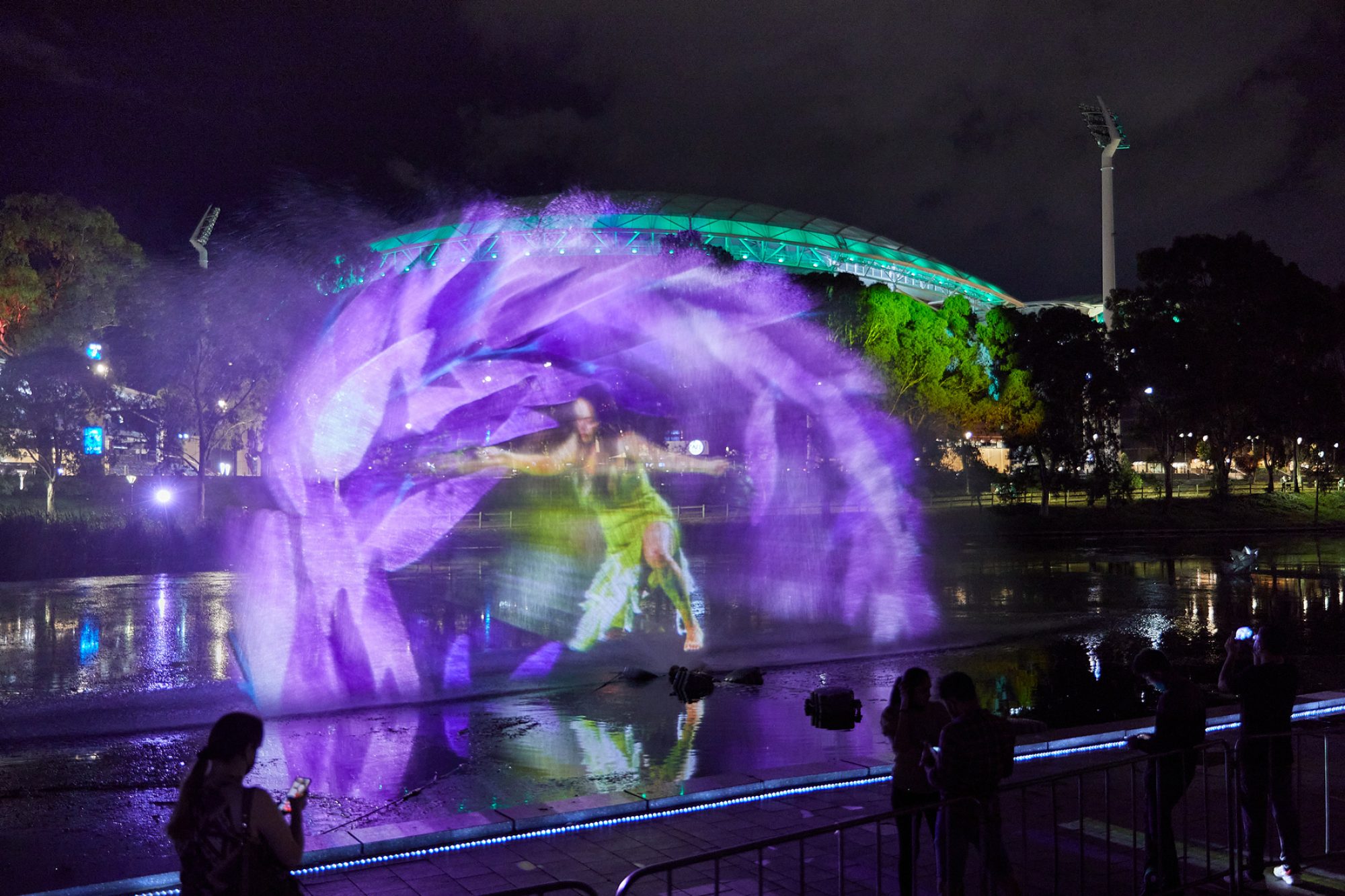 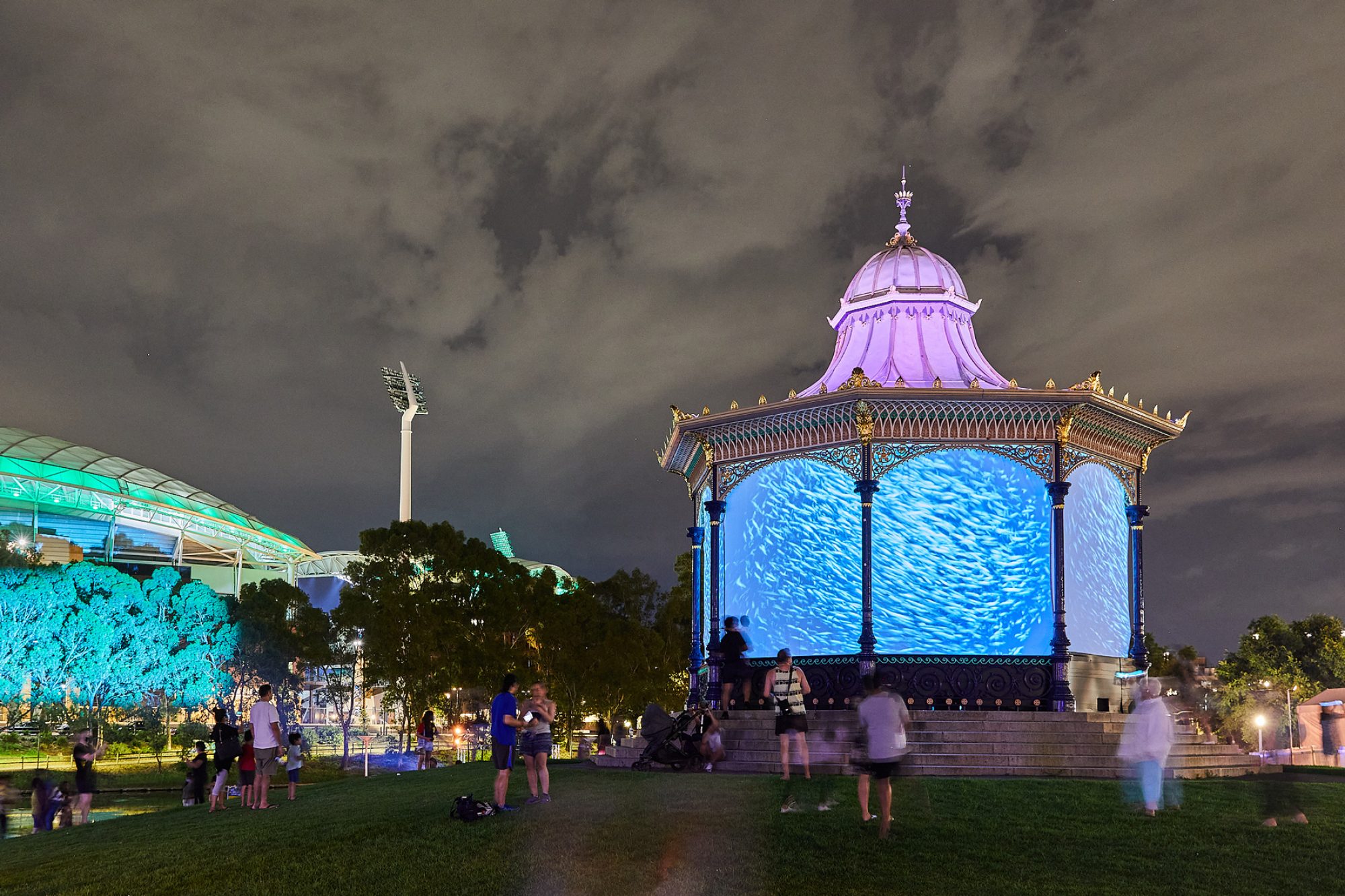 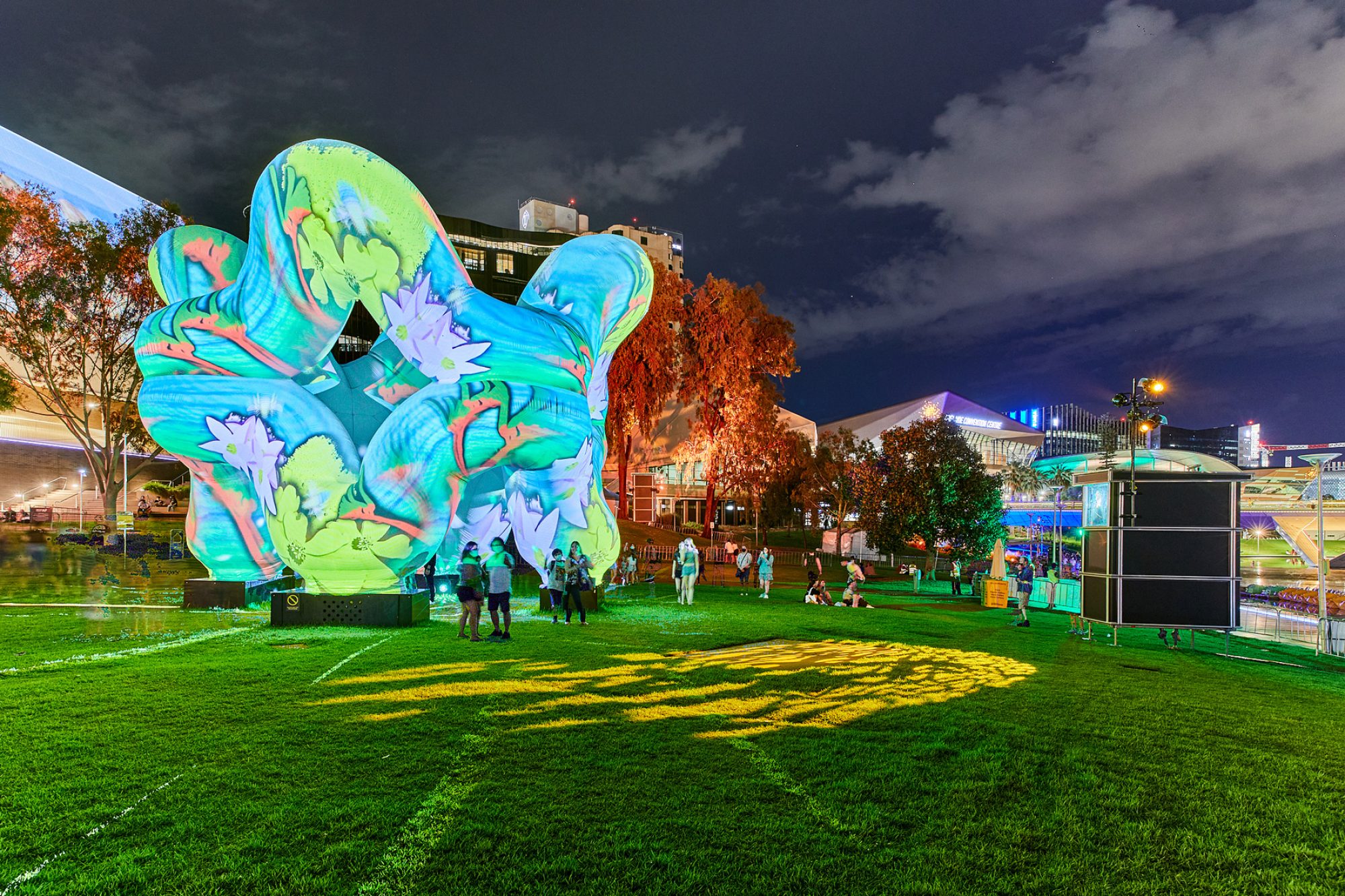