Dan Acher of Switzerland’s Happy City Lab creates art installations that use cities as a canvas. His work is designed to bring people together that, despite living beside each other, may not ever interact. His work is about fostering community and togetherness in urban environments and has been featured at festivals all over the world.

Borealis, currently running at the Adelaide Fringe Festival, is a monumental laser installation and audio-visual experience designed to simulate an aurora, usually only experienced near the earth’s magnetic poles. The installation had its Adelaide premiere in 2018, and has also run in Geneva, Paris, London, Tokyo, Sydney, and Perth.

With Dan and the team grounded in Geneva for the year, scheduled dates in Korea and Finland were shelved. Adelaide Fringe Festival director Heather Croall would not let COVID travel restrictions stop the show, and approached Dan and the team with a compromise. After long negotiations Happy City Lab agreed, placing their art in the hands of a production company on the other side of the world. Trusted tech partner Novatech Creative Event Technology worked together with Happy City Lab to implement the work.

Borealis is running as part of Fringe hub Gluttony in Rymill Park, sitting in a natural amphitheatre that includes Rymill Park Lake. “The show was designed to take place above the water,” explains Novatech’s Managing Director, Leko Novakovic. “We worked with Happy City Lab, planning the installation with aerial maps, and sending site photos. We needed to place scaff towers for some lasers and hazers, and plot rough positions for haze machines to cover the whole event.

As it turned out, the perfect place to put multiple hazers was in Rymill Park Lake. Novatech’s ingenious in-house Technical Services department solved this conundrum by creating floating pontoons. The pontoons are fitted with two plastic tanks, one filled with air for flotation, and the other with hazer fluid, and ballast. One of Novatech’s Base Haze Pros was bolted on top, and a lid made for its protection. Buoyancy testing at HQ demonstrated that the pontoons could hold 90 kgs comfortably.

To get the pontoons positioned in the lake without having to wade into it, the crew identified fixing points that would hold the pontoons in the right position, lashed them together in two rows of three, and tethered each row to two points. Appropriate submersible power cable was run in the loom, and the haze fluid tank was filled with enough juice for the whole run. So far, no-one has had to brave the murky waters of the lake for a refill.

As Borealis also features a soundscape, two custom winch-ups holding L-Acoustics Syva are positioned on the sides of the viewing area. The audience entrance pathway is lit with PROLiGHTS Solar RGB wash lights for ambience. “It took us a day to build, then we carried out two nights of testing,” relates Leko. “To communicate with Dan back in Geneva, we took a laptop, a 4G dongle, and a broadcast camera with a wireless link. During testing, we hooked up a Zoom meeting with the broadcast mobile feed. Dan gave us some direction on haze levels, watched how wind affected the show, and gave us pointers on running the show smoothly.”

Borealis runs in 15 minute intervals from sunset to midnight, and has been selling out most sessions on the weekends. Happy City Lab have been really pleased, getting rave reviews and people messaging them about the show. For Novatech, it’s been something different, a technical challenge, and now we own multiple floating pontoons that can hold moving lights!” 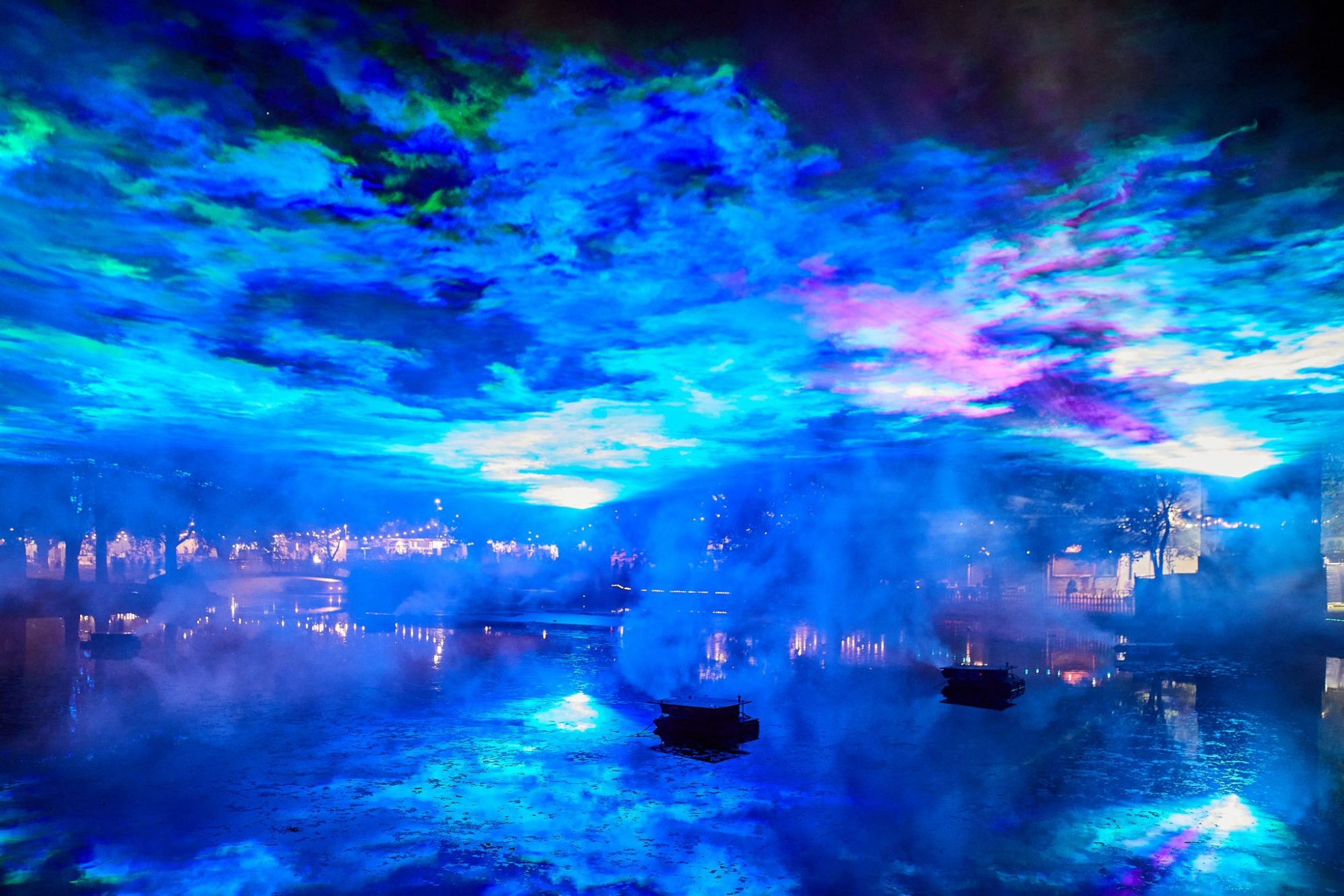 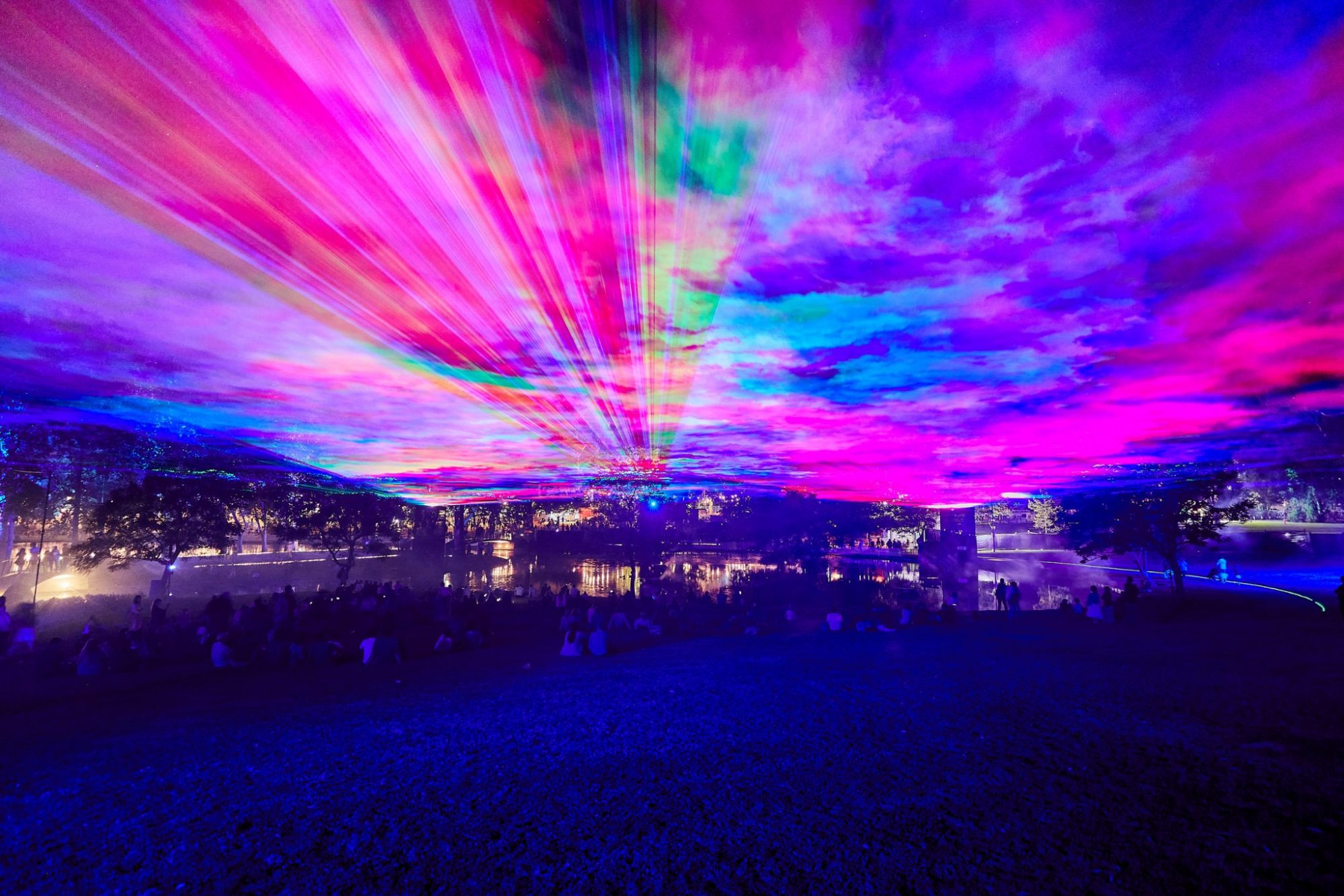 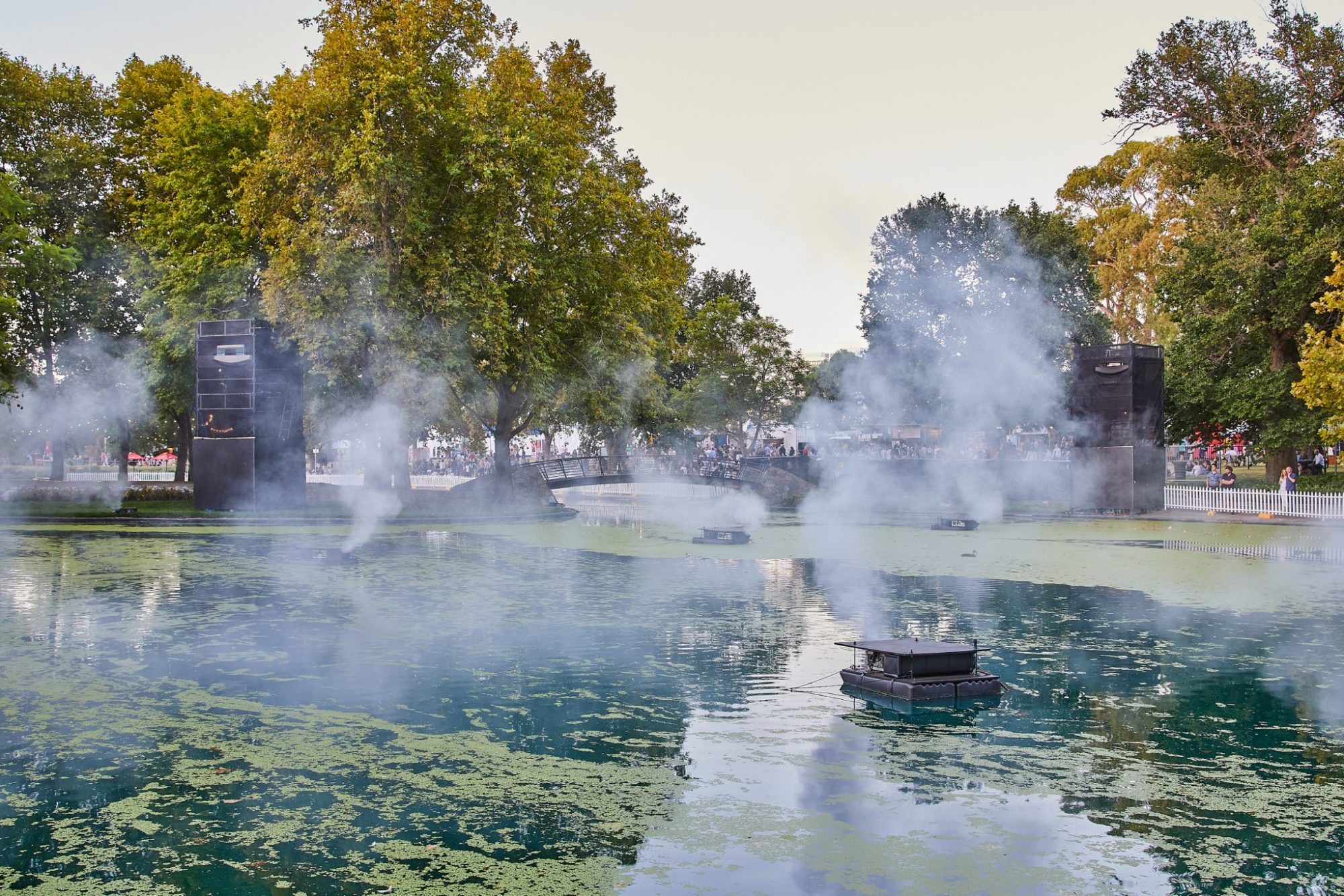 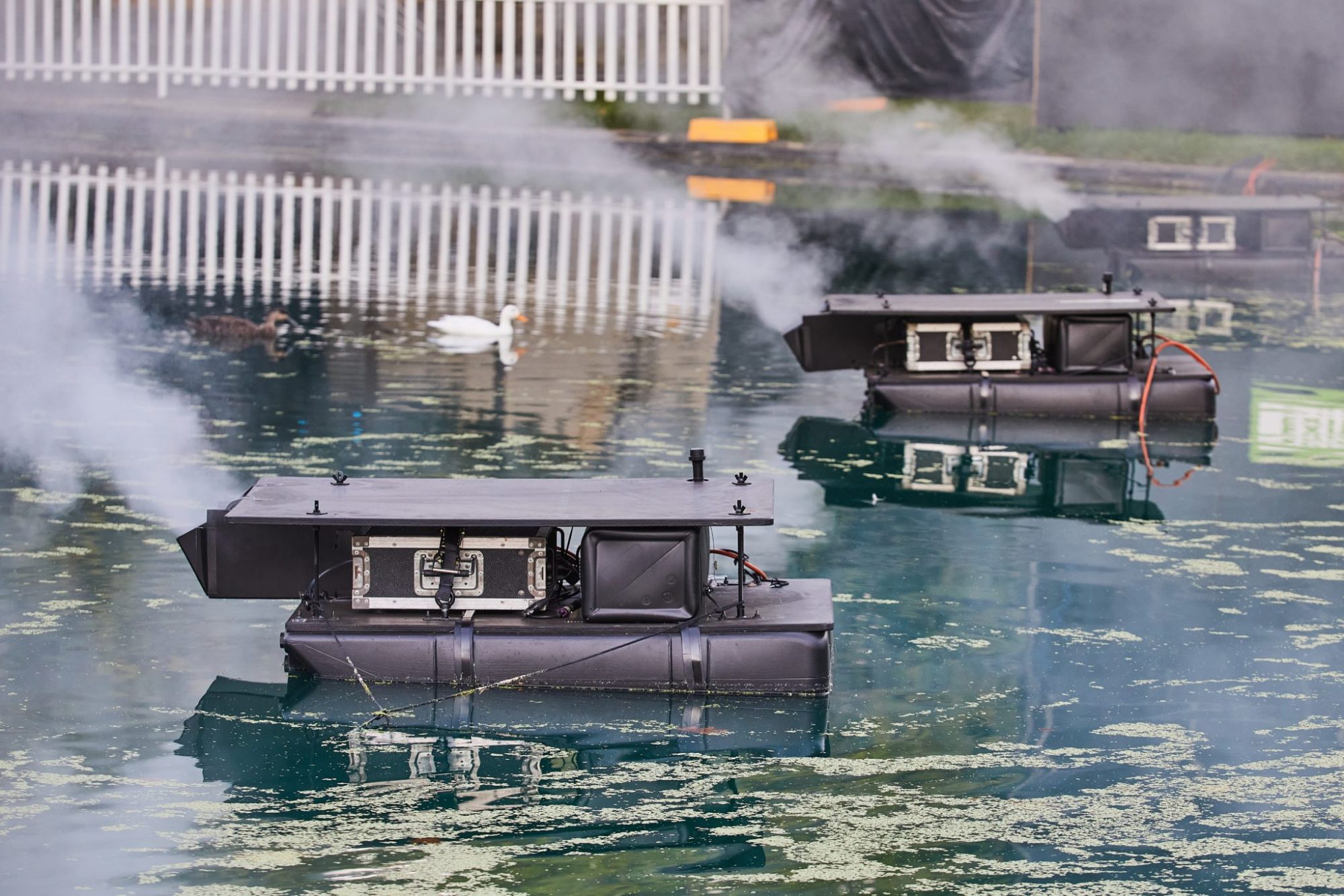 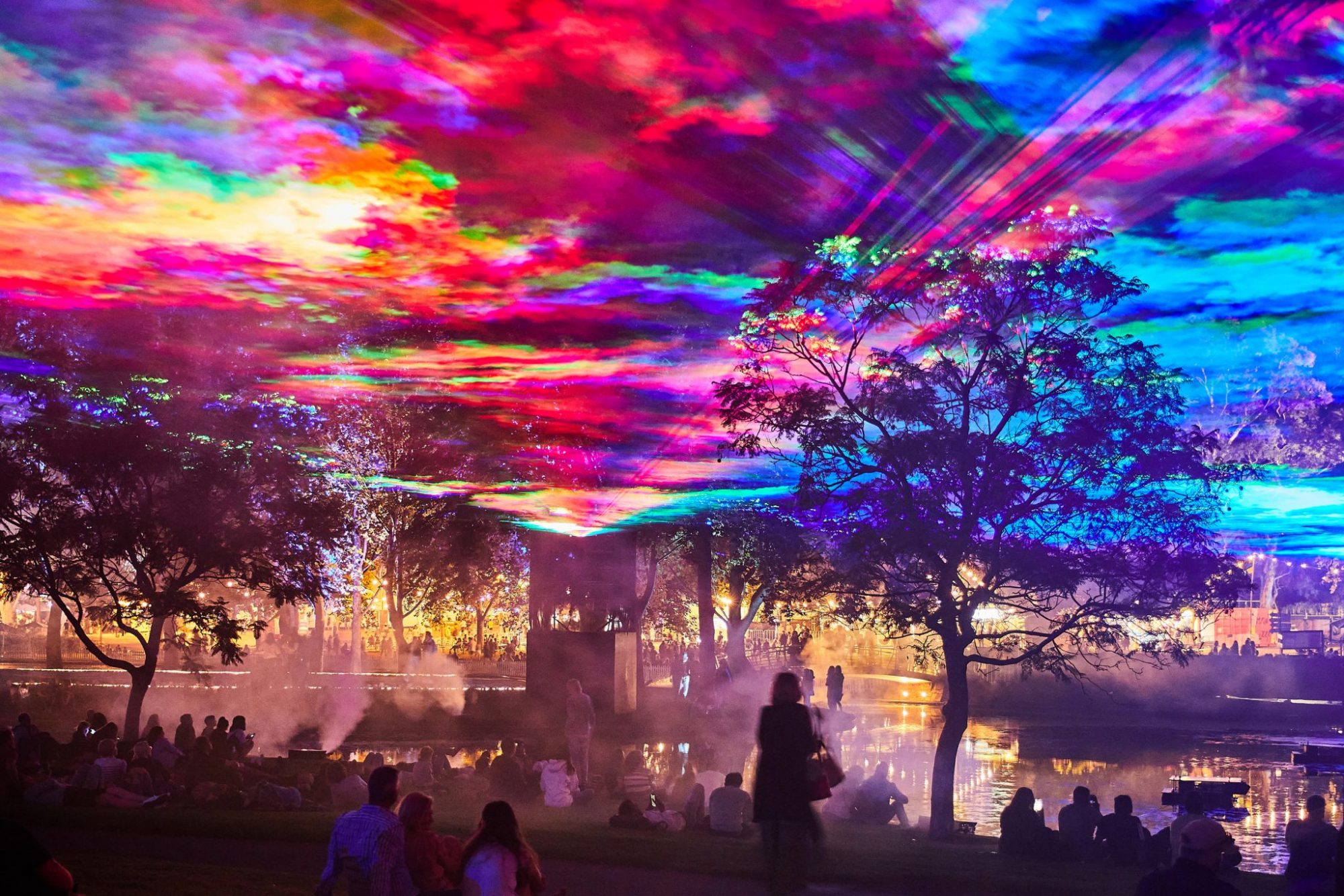 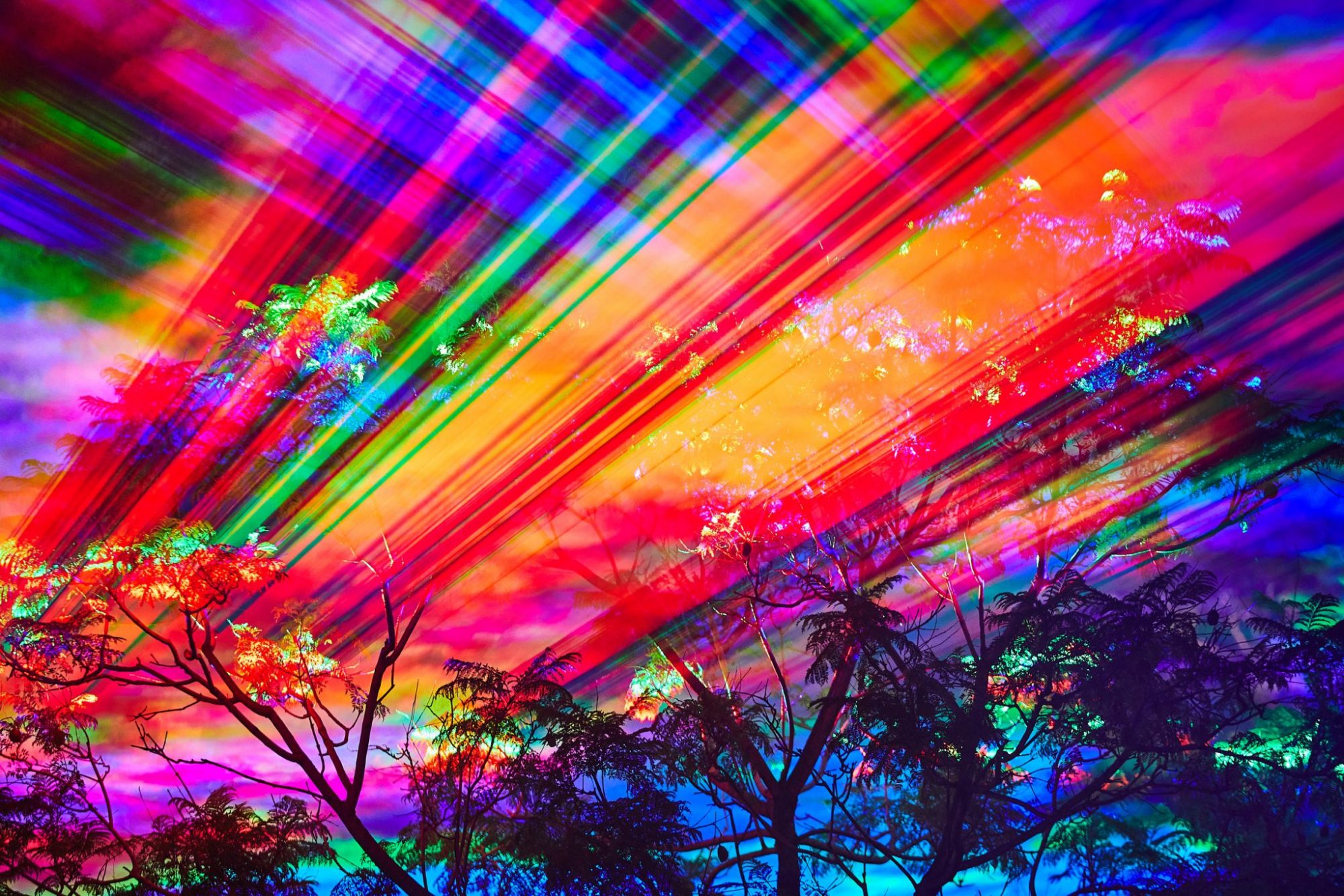