Now in its sixth year, dance music festival Listen Out and its stripped-down sibling Listen In has completed a triumphant tour of Australia and New Zealand, with sell-out crowds sweating it out with Aussie hero Flume, legendary US producer Diplo, and cult rapper JPEGMAFIA. 30,000 revellers packed Perth’s HBF Arena for Listen Out on 29 September, while a respectable 10,000 trekked to Adelaide’s Bonython Park on the 6th October for Listen In.

Novatech Creative Event Technology provided a full package of video, lighting, audio, and rigging to Perth’s Listen Out and Adelaide’s Listen In, which saw them fabricating custom stage carts and rigging elements based on designs originally created for Flume and Diplo in the USA. Novatech ensured the gear’s safe passage twice across the Nullarbor and designed their touring rigs to scale from the three stage Perth leg to the main stage only Adelaide leg.

“Flume’s spec was a monster of custom-built truss,” explains Dean. “Pods One and Three were 3.5m wide and weighed 280kgs just on their own. Pod Two was 6m wide and weighed 420kgs, also empty. All pods were built with wheels that meant they rolled out of the trucks, straight onto the stage. All elements were pre-loomed and cabled, but due to the stressful trip across the Nullarbor, we couldn’t risk leaving the lights pre-rigged. But having the pods built and cabled meant that from rolling these elements out of the truck, to firing up and testing in the air, we were ready within an hour in both Perth and Adelaide.”

Custom stage design aside, the biggest challenge of tours like Listen Out/In is making the production affordable, portable, and scalable. Novatech’s internal processes include designating set ‘kits’ for audio, video, and lighting, which include standard packages and specs. The kit system allocates spares and failsafe’s and allows the tech crew to get things done safely and accurately.

The other key is staff education; each year, Novatech run weeks of basic, intermediate and advanced training across all disciplines, which every employee is exposed to. This not only covers the tech details of audio, video, and lighting, but essential skills in preparation and documentation using software like Vectorworks, and the personal skills of how to run a crew of techs on-site.

The success with which Novatech adapted the systems used in a stadium in Perth to a big top with stage in Adelaide is testament to their methodology. “Listen In Adelaide had very restricted stage real estate,” illustrates Dean. “Preparing for that started in Perth, where we packed gear in the trucks in specific orders. In Adelaide, we reorganised the show to have all rolling elements come from side stage instead of upstage. All of the headliner’s gear was in place when the crew arrived for pre-show setup. All Flume’s crew had to do was clip their custom mirrors onto our rig, and everything worked. They all had big smiles on their faces; gigs are often very different to that, and preparation is time well spent.”

This kind of thinking ahead starts way before the first truck is even packed; all systems are designed and labelled in Vectorworks, to the level of detail that staff print out stickers for each lighting fixture that state their location, DMX Universe, mode, wattage, and cabling details. This speeds up setup time and saves fault-finding, and Novatech use analogous processes for audio and video. All lighting floor packages for each act on Listen In/Out were cabled and live during the whole gig, meaning LDs could come to the lighting desk and test their show at any time during the day, providing peace-of-mind and excellent service.

Listen In and Out – The Gear – Stage by Stage 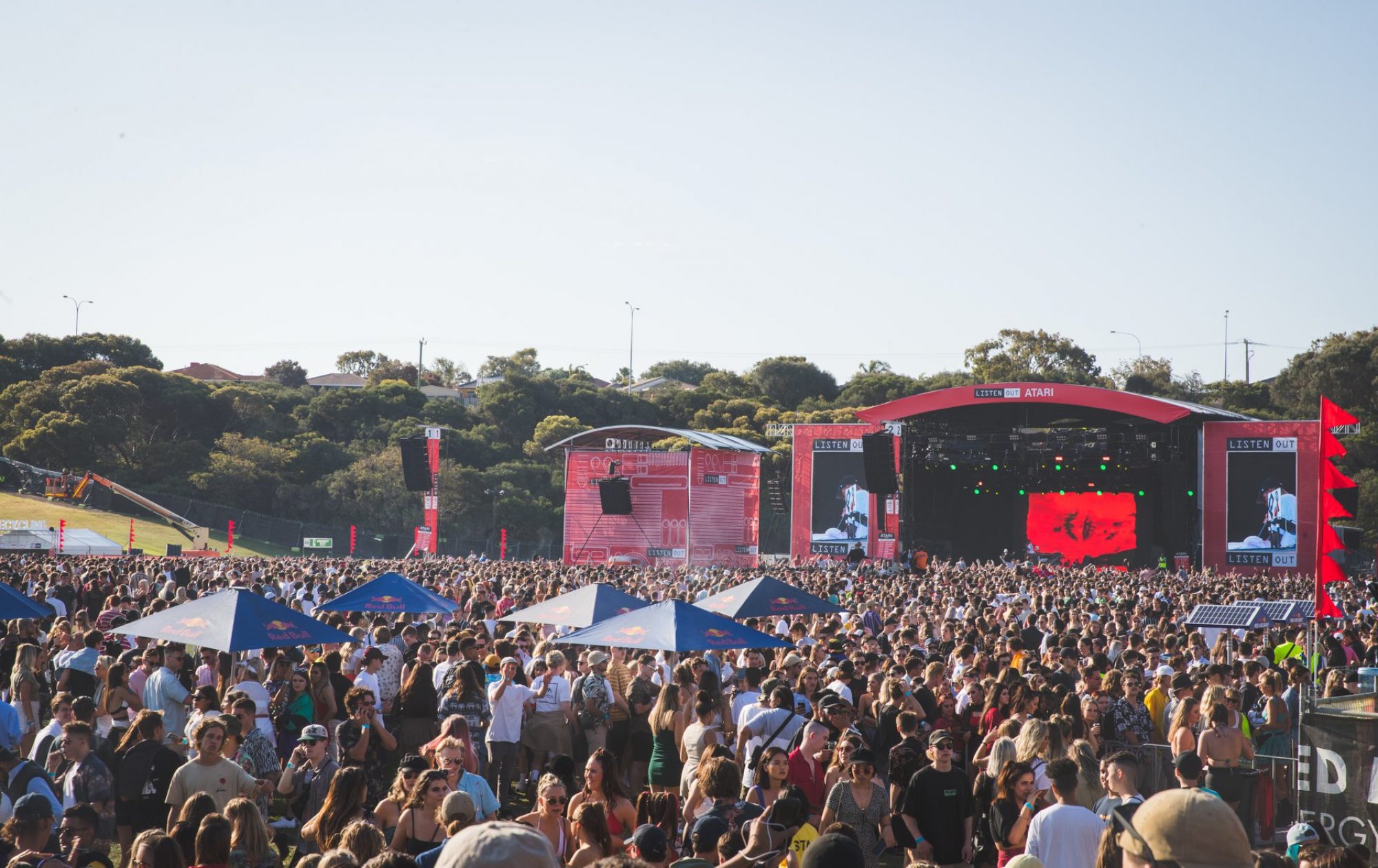 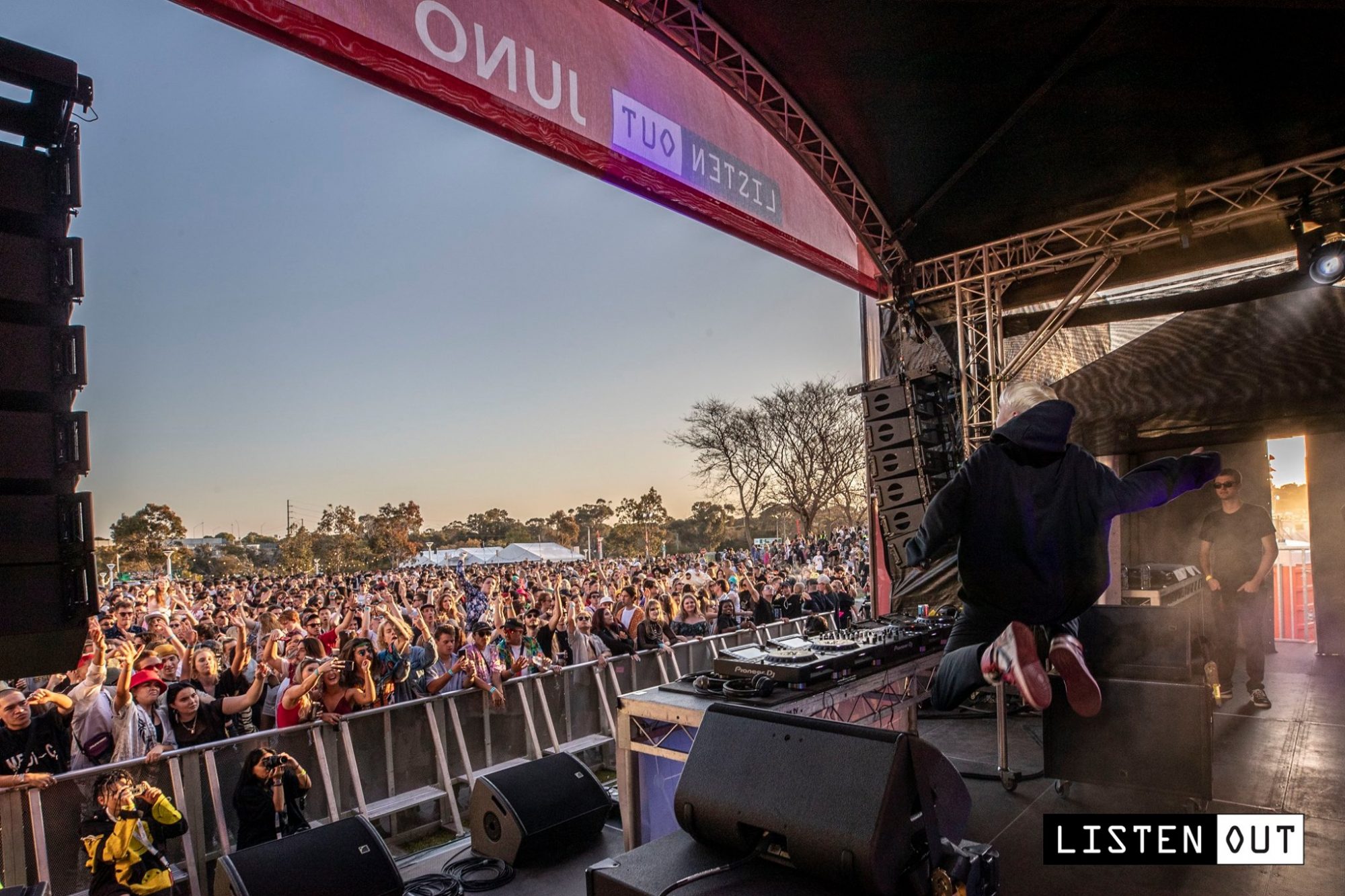 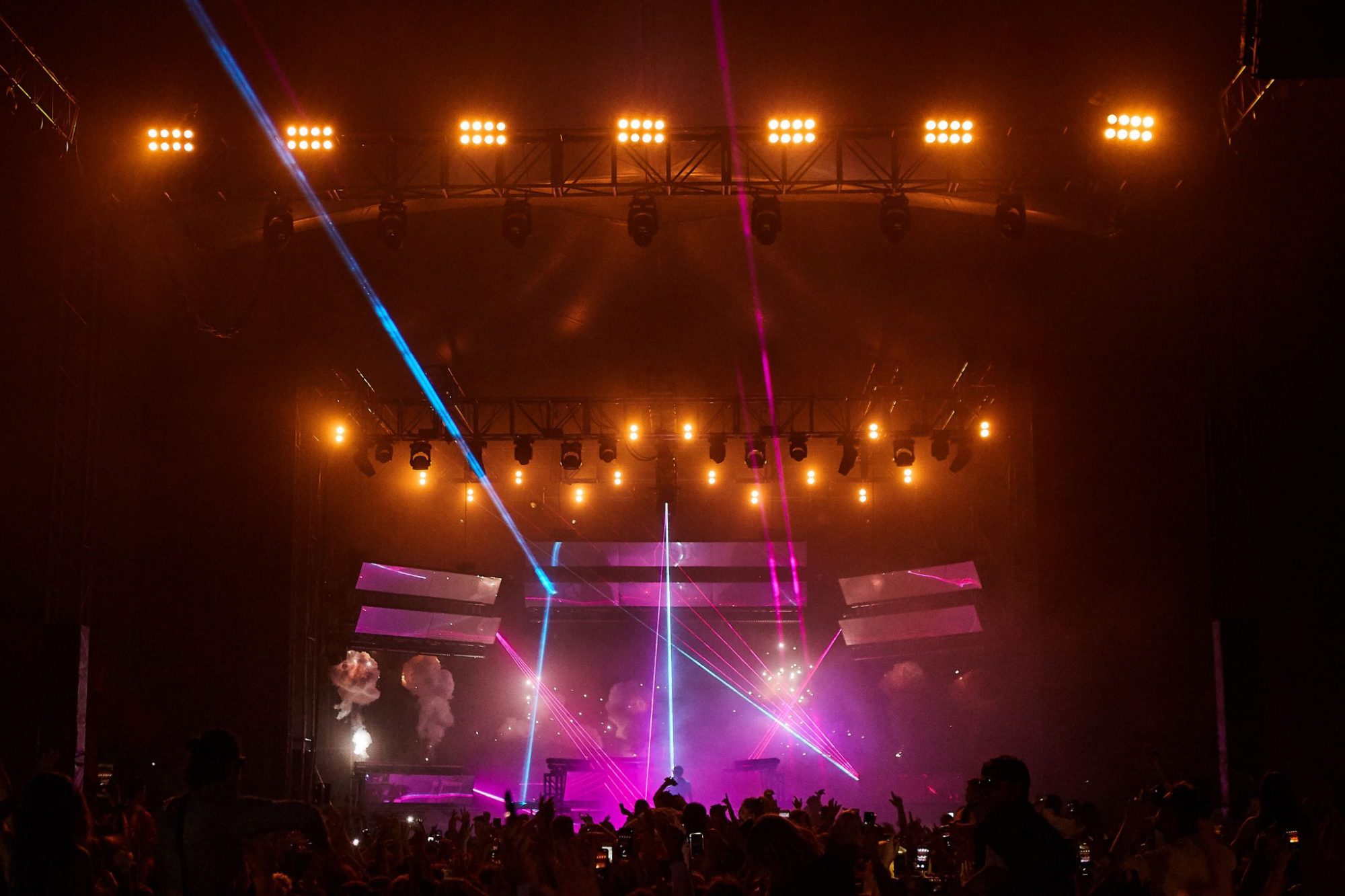 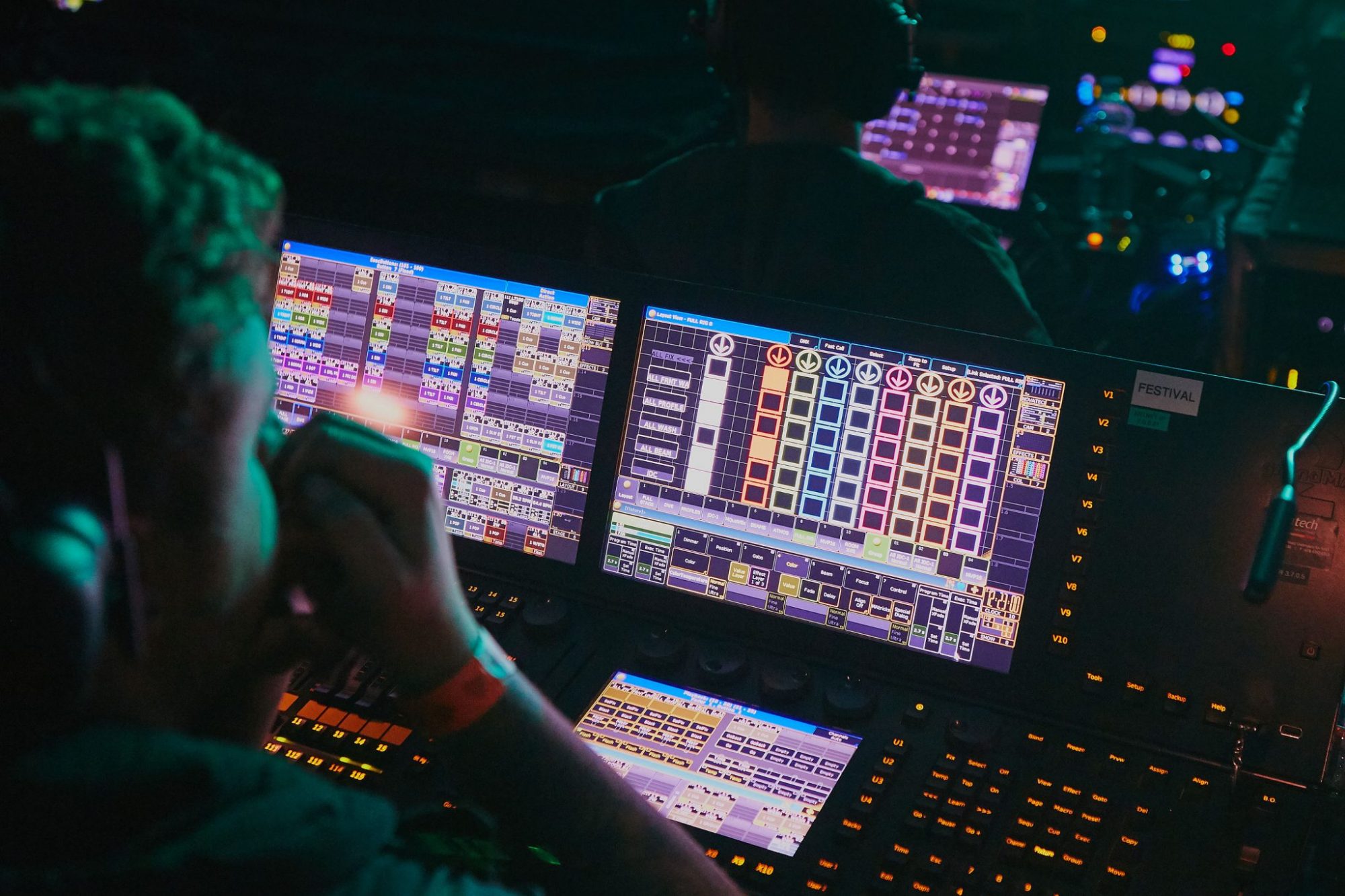