The first large scale indoor live music event in South Australia since the beginning of the COVID-19 pandemic, Aus Day In The Arena ran two shows at The Adelaide Entertainment Centre on January 26. Assisted by the Australian Government through the National Australia Day Council and supported by the Government of South Australia, Department of the Premier and Cabinet, the massive free event was headlined by Birds of Tokyo and saw 5,000 book in for each 2 ½ hour extravaganza, with performances at 12:30 and 6:30 pm. Novatech Creative Event Technology delivered a one-stop-solution for staging, video, projection, lighting, audio, and comms, all while streaming the event live.

Acknowledging the Australia Day Council’s theme ‘Reflect. Respect. Celebrate.’, artistic director Sam Wark put together a programme in-the-round hosted by radio personality Ali Clarke that started with a spectacular Welcome to Country, before showcasing the Iwiri Choir, SA First Nations Dance Collective, and Port Augusta’s Indigenous dance troupe Dusty Feet Mob. After a parade of cultural and community groups and recognition of frontline workers, Birds of Tokyo took the stage for a blistering set. The show was brought to a huge conclusion with an intercultural orchestra backing the Australian Girl’s Choir and the Tutti Ensemble.

To facilitate the delivery of such a complicated programme to 5,000 guests seated in a COVID-safe ‘checkerboard’ pattern around the arena, Novatech created a 12 metre by 12 metre central square stage. The stage itself was designed as a projection surface, supplementing the high-speed Wahlberg roll-down screens hung in portrait orientation around the arena. The Wahlberg screens were controlled by the video and lighting system, and rolled down a semi transparent 7.9 metre long by 4.5 metre wide gauze for projections, while allowing those seated behind the screens to still see the stage.

The PA was the in-house L-Acoustics Kudo system, supplemented with subs and infills from Novatech. A DiGiCo SD10 mixing desk handled the bulk of the show for Novatech, taking in 30 channels of Shure UHF-R radio mics, and outputting to 16 channels of Shure PSM1000 in-ear-monitors, plus wedges and fills. Birds of Tokyo’s FOH engineer Tony Bryan had his own dedicated AVID S6L provided by Novatech, which proved instrumental in handling the complex logistics of the gig.

“Birds of Tokyo and their crew were very understanding and flexible,” relates Novatech’s Managing Director Leko Novakovic. “Tony was only due to fly in on show day, so the day before, we got the band onstage, line checked, loaded Tony’s show file into the S6L, and ran it through the PA. On the day, Tony got in just before doors, ran his Virtual Soundcheck off of his laptop, and was good to go.”

“Before each show, we had to get the band on stage, wire them up, line check, and then completely pack them away, including the drum kit,” continues Leko. “The changeover happened during the parade, and we had 10 minutes to get everything back out and then line-check through headphones. It went incredibly smoothly, and was a case of the technology in the AVID S6L helping us to achieve something otherwise almost impossible.” 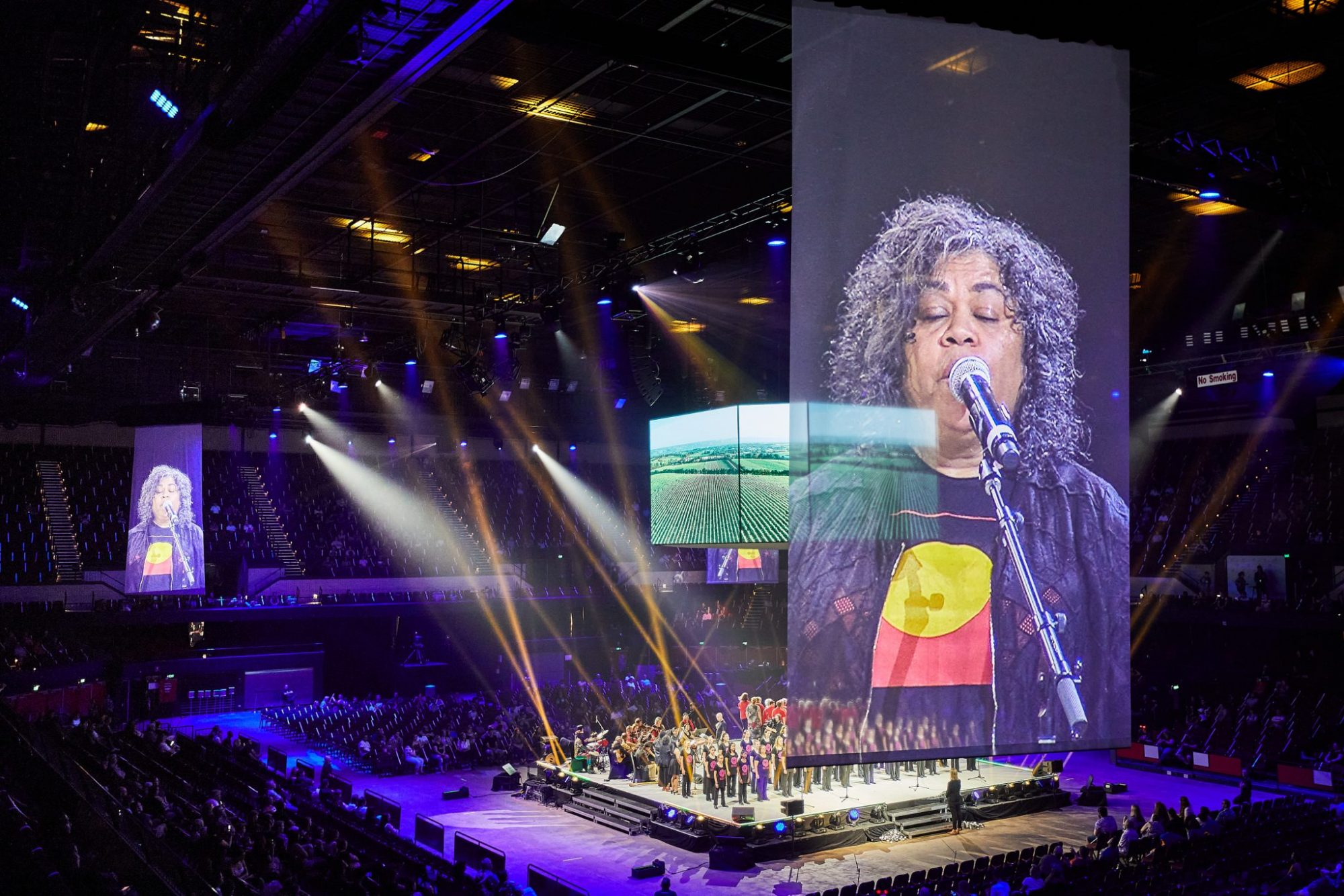 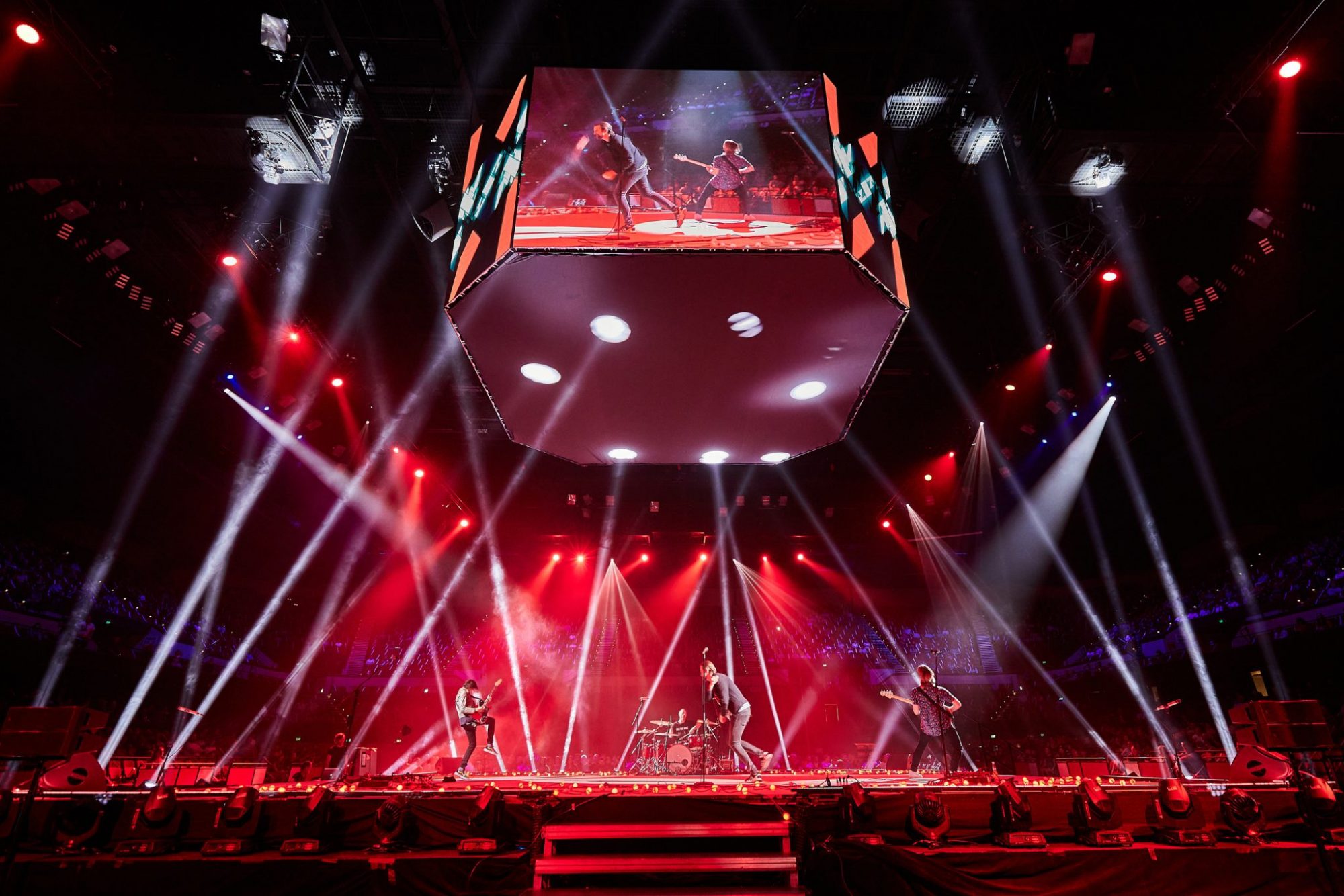 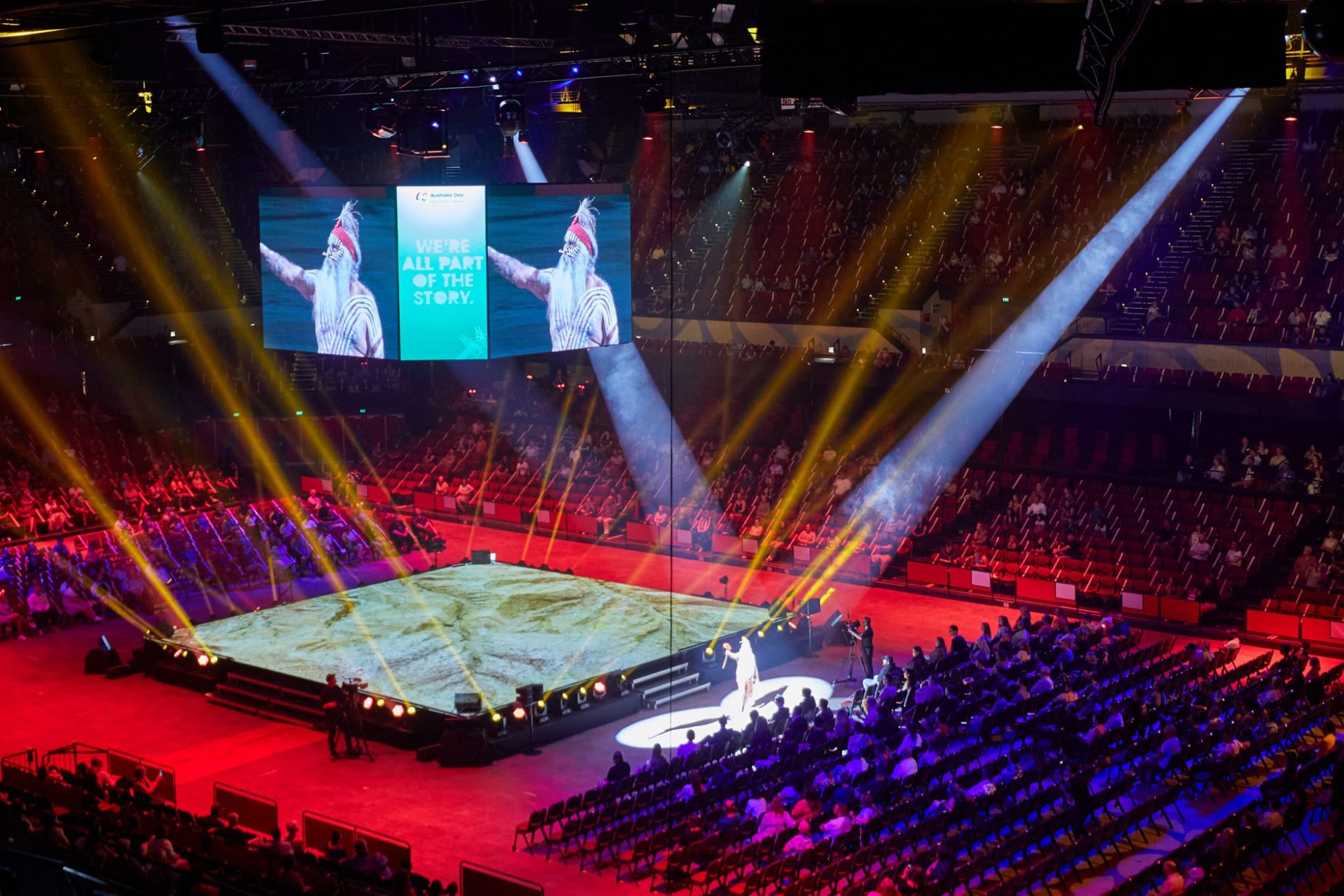 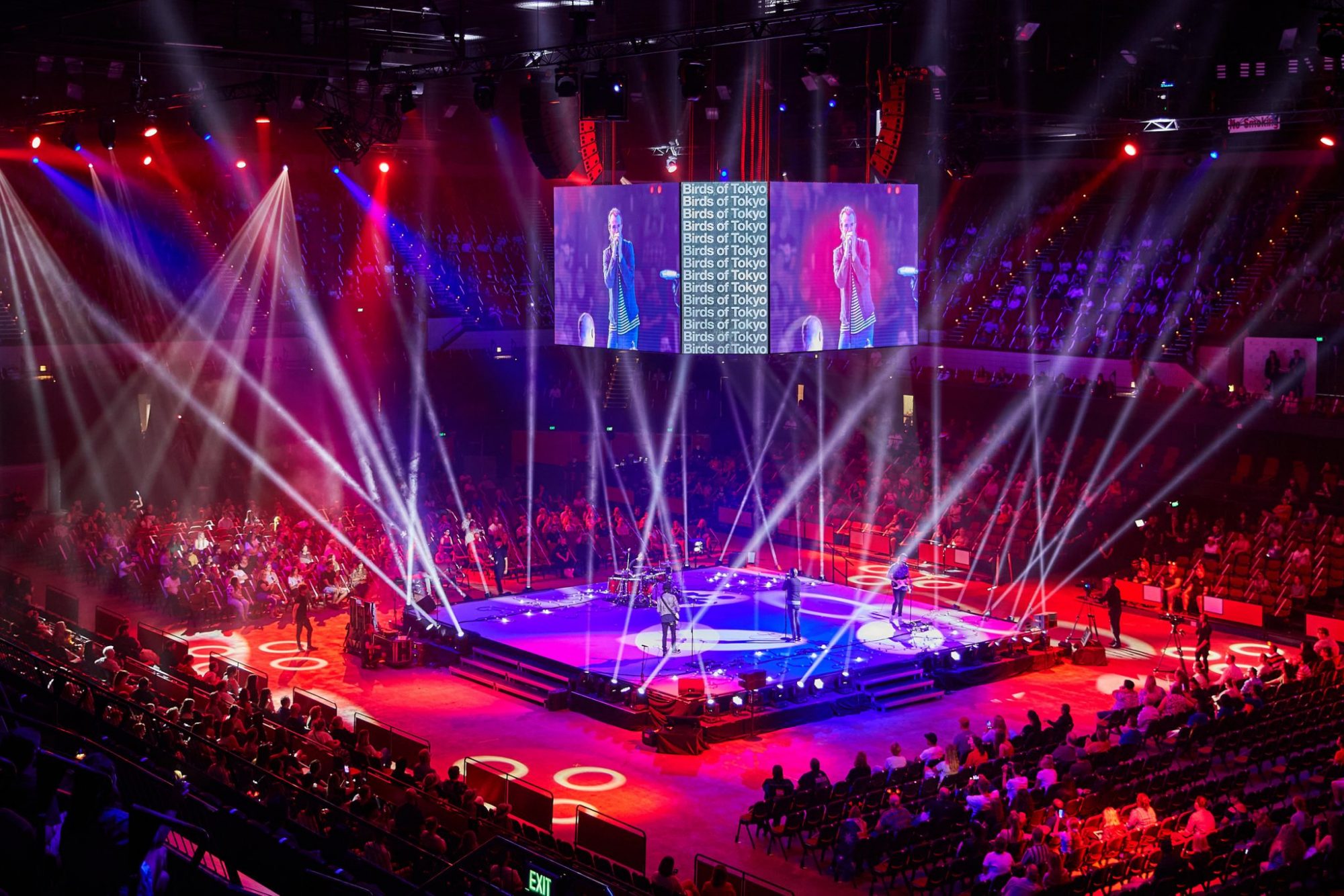 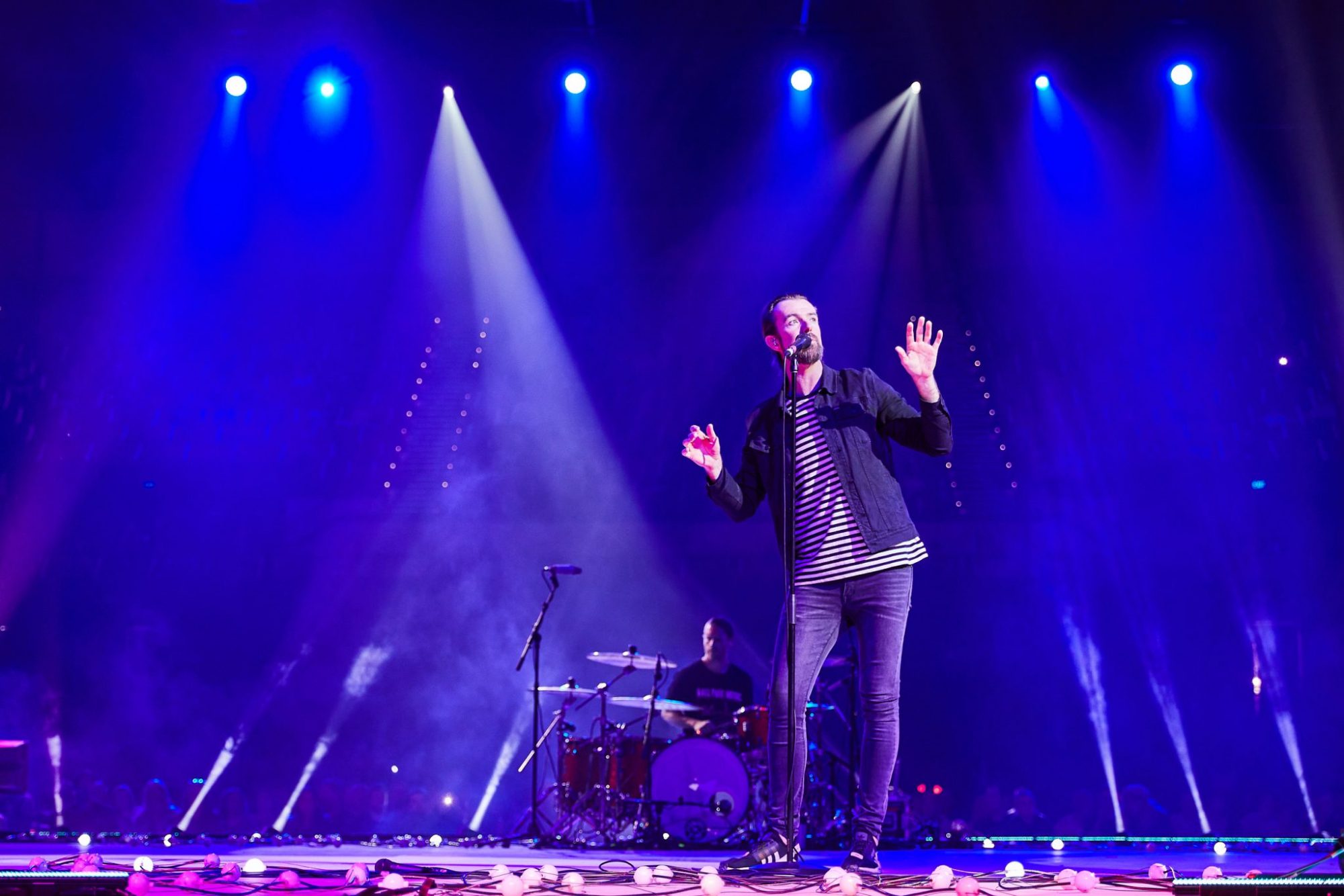