With six huge shows behind it and 12 more running until the end of January, Summer Sounds in Adelaide’s Tulya Wodli (Bonython Park) is Australia’s first month-long, financially independent, and COVID-safe outdoor music festival. A shining example of the way forward for the industry as a whole, promoters Five Four Entertainment, Groove Events, and Secret Sounds have partnered with Novatech Creative Event Technology and Nexstage to bring a diverse programme including Bernard Fanning, Groove Terminator, Ball Park Music, Ruel, and Lime Cordiale to a 2,100 capacity audience sustainably over 18 shows.

With the audience corralled in ‘Party Pods’ suitable for four to six people, punters can choose from VIP, Gold, Silver, or Bronze seating packages. A VIP Pod gets you a place in the first five rows, your own toilet block, faster drink service, and a choice of premium drinks.

“The Party Pod system is fantastic,” relates Novatech’s Managing Director Leko Novakovic. “While some people were apprehensive about being ‘penned in’, all doubts were removed after the first weekend. About 80% of the feedback we’ve heard is that this is the way all festivals should be staged from now on, COVID or not. Most people want comfort and luxury, and to be able sit down. The VIP and Gold sections are really nice, with their white picket fencing and vines, and everyone has tables and chairs. The Silver and Bronze pods that are further back are on raised decks, so everyone has good sight lines. Audiences need to experience this system for the first time to appreciate how great it is.”

With the crowd much more static than a traditional festival, Novatech put a lot of extra care into the sound design, ensuring every seat in the house has even coverage. The main L-Acoustics PA of 12 K2 line array elements and eight SB28 subs per side is augmented by four L-Acoustics Kara elements as front fill, and a brace of L-Acoustics Syva and Syva Subs rigged on Party Pods at the rears as delays, ensuring not only great coverage up the back, but a clean look and clear sightlines.

Audio control is courtesy an Avid S6L-32D out front and an Avid Profile on monitors. On stage, 10 L-Acoustics X15 HIQ wedges provide foldback, with two L-Acoustics SB18 subs on hand to shake the bottom end.

As Novatech worked closely with the promoters on the stage design, they’ve been able to incorporate scrims on either side of the stage that not only hide the main PA, but also frame the huge LED IMAG screens that flank it, making for a professional and clean stage look. The left and right IMAG screen are 3.6 by 6 metres, made of ROE CB5 5.77mm pitch panels. The upstage LED wall is 8.4 by 4.8 metres, utilising the same panels. All screens are powered by Brompton SX40 processing and connected via Brompton Tessera XD fibre optic data distribution. Live IMAG vision is captured with six HD cameras running through a Ross Carbonite switching system.

Summer Sounds would not be the raging success it is without the full support of SA Health and Chief Public Health Office Professor Nicola Spurrier. “We’ve taken to calling her Saint Nicola,” jokes Leko. “SA Health have been incredibly supportive. Professor Spurrier came down to see the festival herself, and loved how it was planned and executed. SA Health have been granting special exemptions for artists like Bernard Fanning to travel in from NSW, and we have exemptions covering the rest of the festival. Bernard gave Professor Spurrier a shoutout during her set, and we’ve even had South Australian Premier Steven Marshall talking about Summer Sounds at his media conferences, drumming up support.” 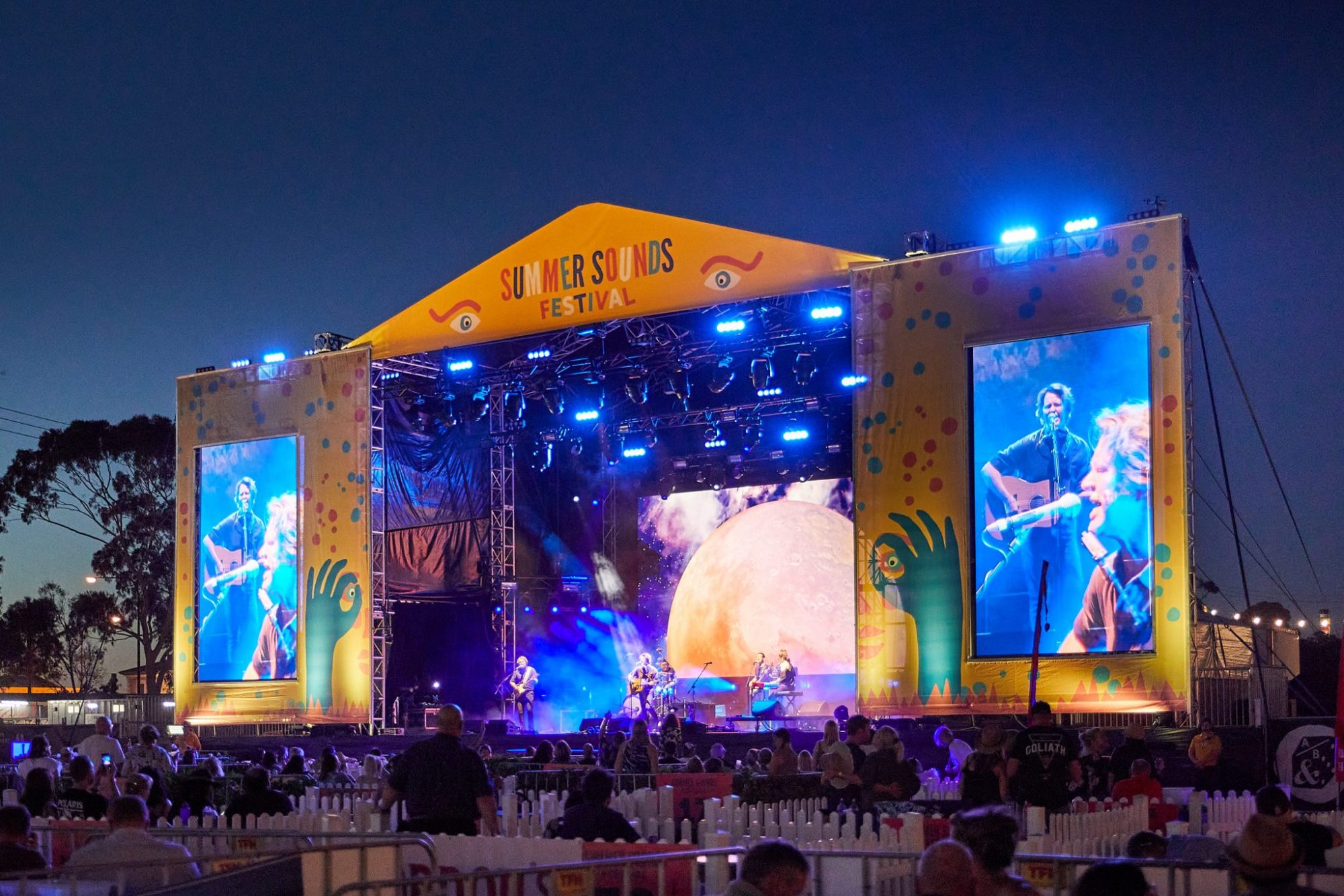 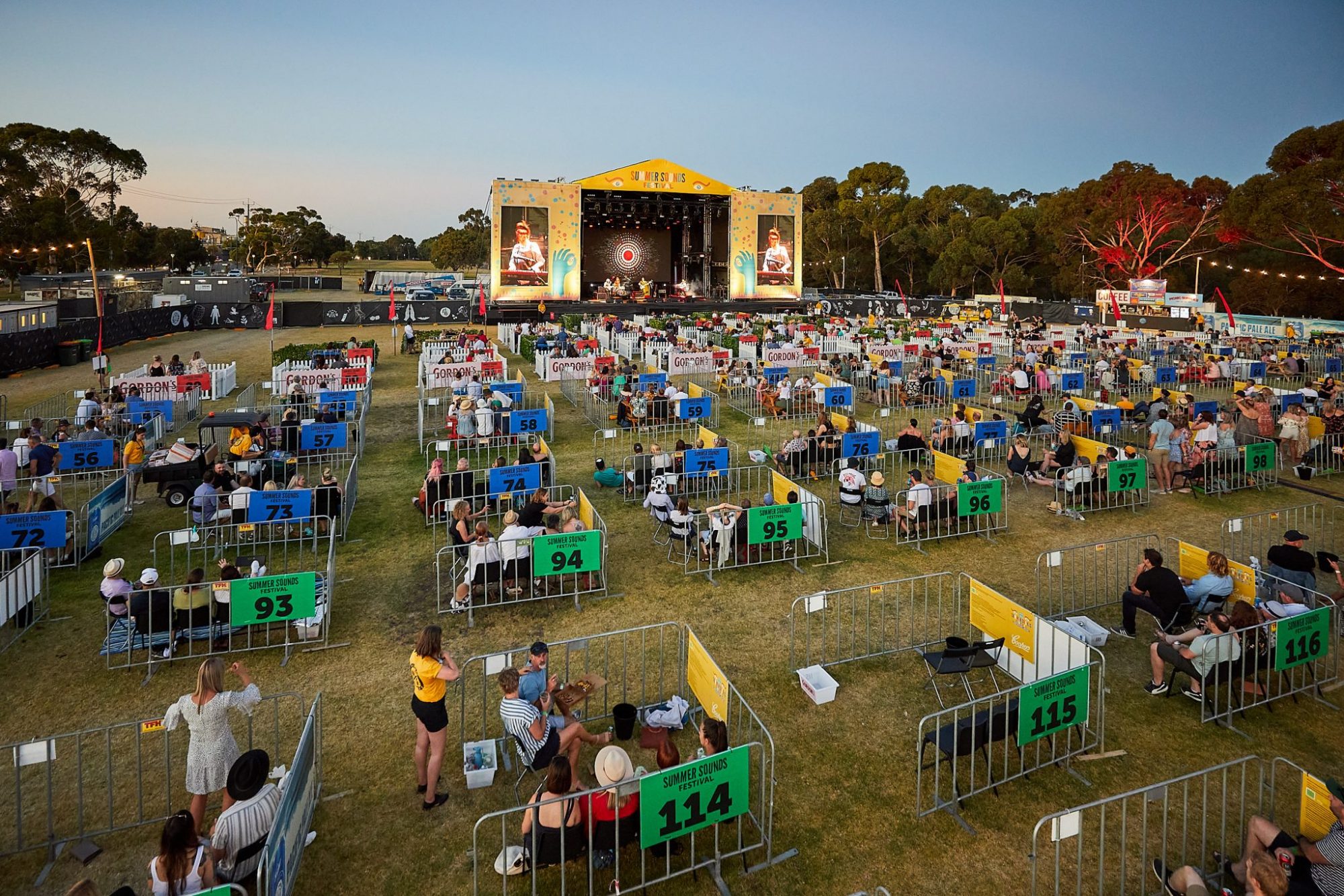 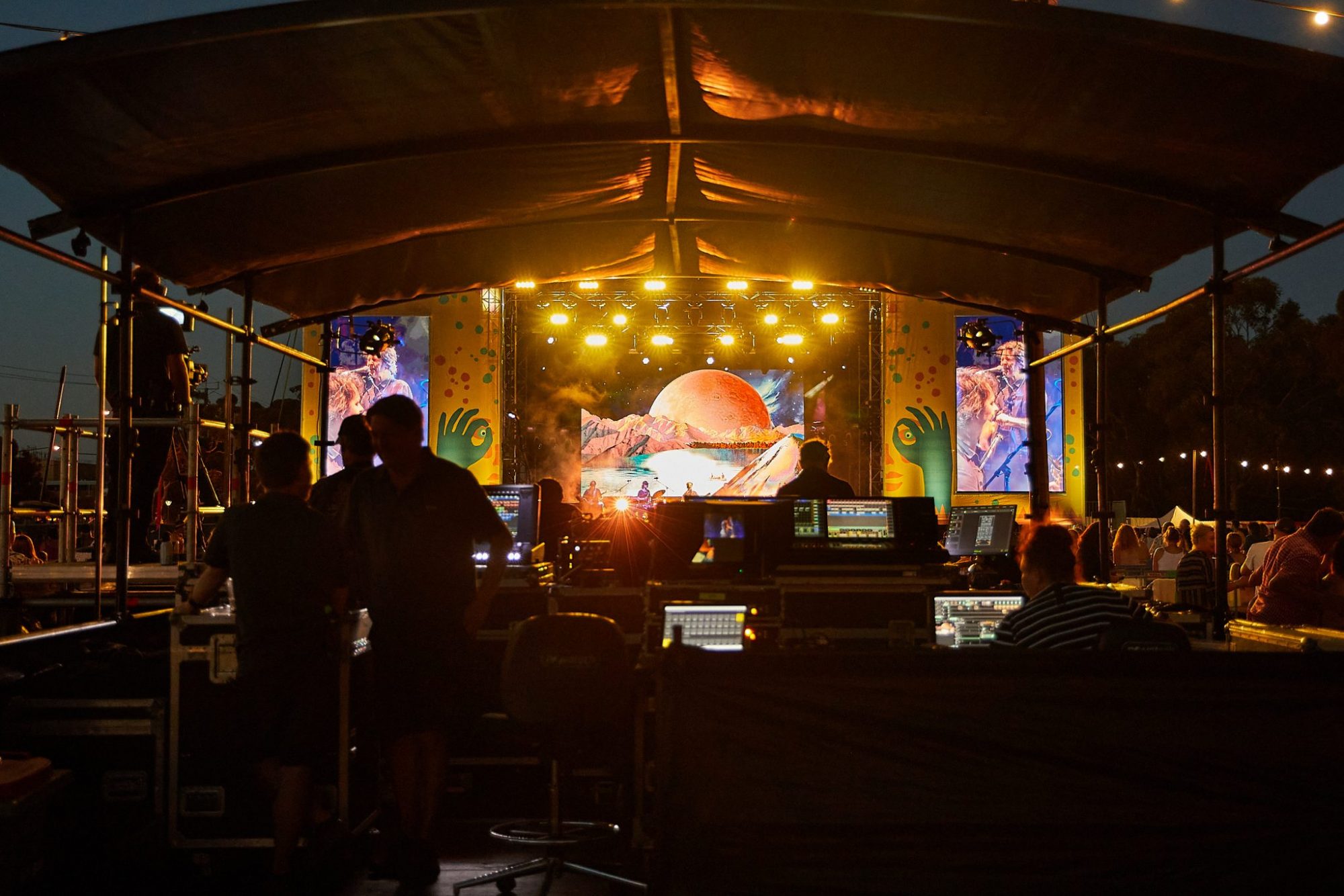 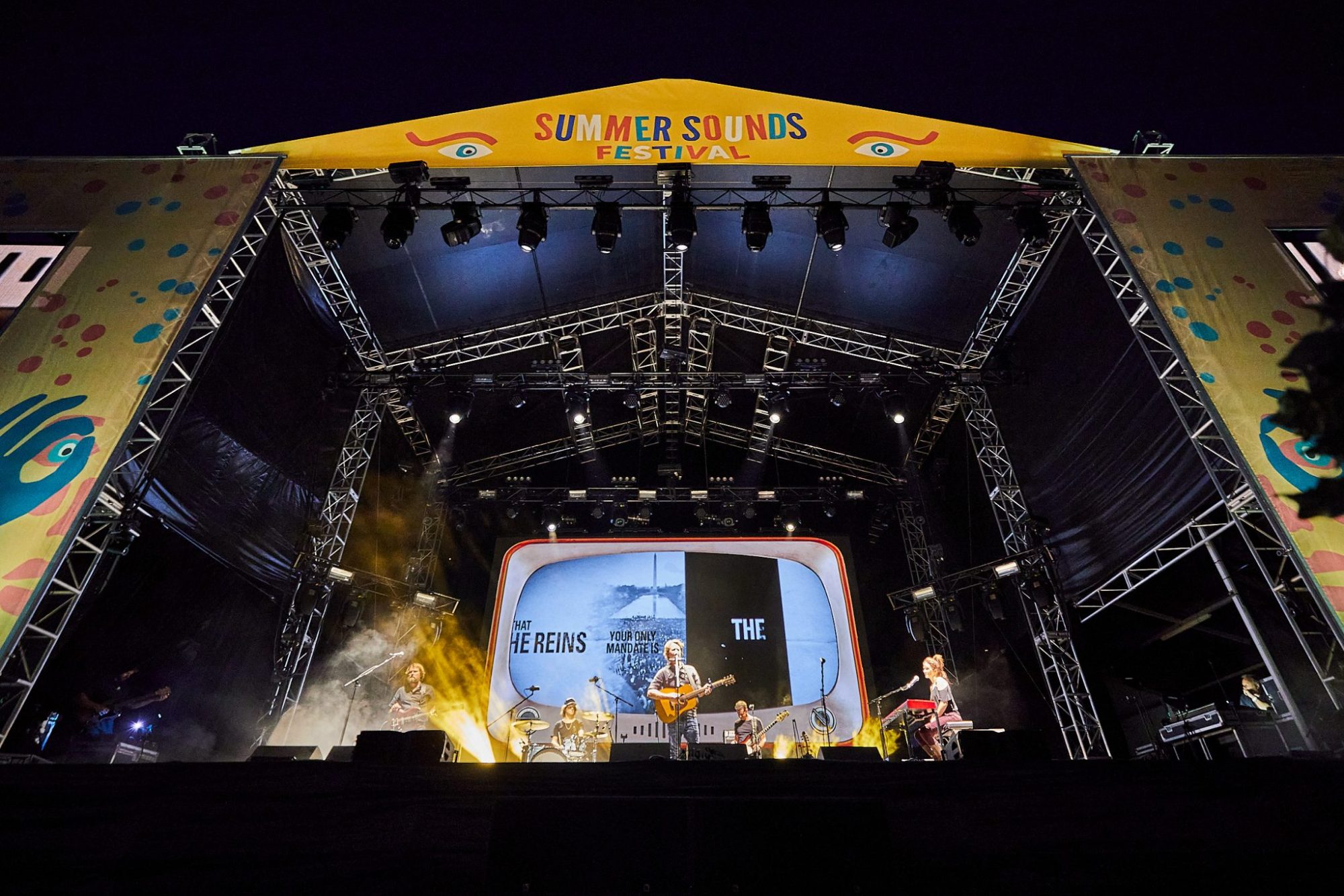