Project X is a program of contemporary artworks, events, and activations designed to bring visitors to the Tasmanian Huon Valley region after the wide-spread destructive bushfires over the 2018–2019 summer period. Project X is presented by DarkLab, the team behind the Museum of Old and New Art’s winter solstice festival Dark Mofo, with federal and state government support.

The music and arts festival takes place annually in the isolated island state of Tasmania, just off Australia’s south coast, and is one of the most unique winter festivals in the world, featuring big-ticket music shows and large-scale public art. During Dark Mofo in 2019, DarkLab revealed a brand-new immersive sound work by renowned composer and sound recordist Chris Watson called ‘Hrafn: Conversations with Odin’. Co-presented by The Wired Lab, it employed a spatialised multi-channel L-Acoustics sound installation based on Syva colinear source, which audiences experienced each evening as day transitioned into night.

Staged deep in the ancient Eucalyptus forests of southern Tasmania, Watson’s artwork is centred around an intimate field recording of some 2,000 ravens gathering at dusk to roost. The inspiration to create such a unique sound work came to Watson whilst visiting Anglesey in North Wales during late autumn, when birds were gathering for winter. A gigantic roost of ravens descended into the forest, an experience that fascinated Watson with its accompanying sounds and chords emitted by the birds.

“It was an awe-inspiring event, the sky would go dark as the ravens came,” says Watson. “It’s quite likely that ravens are the most intelligent of all birds. They are super smart and can problem solve. They live in communities and the studies by bio acousticians – people who investigate animal sounds – have revealed their sophisticated communication system. Quite often I put a microphone out in the forest when I’m working and run very long cables back, so I can come and go from a distance without disturbing what’s around the microphones. I had a special surround sound microphone with me on this occasion, which I placed underneath the roost. I left it there for a week, recording the comings and goings of the birds.”

The following spring, Chris was visiting Iceland whereupon he discovered that, according to Norse mythology, the god Odin was often accompanied by his two special ravens, Huginn and Muninn. He would send them out into the world as his eyes and ears and they would come back, sit on his shoulders and tell him what they had seen and heard. The story chimed with the experience of the raven roost, and so Chris turned the recording into ‘Hrafn: Conversations with Odin’ (Hrafn meaning Raven in the Old Norse).

Meanwhile, half a world away in the Southern part of Tasmania, the region had been ravaged by terrible fires that destroyed ancient forests and woodland, resulting in a steep decline in visitors. To help revive the region, the team behind the Dark Mofo festival was mounting a project to attract visitors back to explore the remarkable scenery Their goal was to create an immersive sound experience inside the forest, and Chris Watson was invited to contribute to the program.

Novatech Creative Event Technology (Novatech) became involved through event organisers Luke Hutchins from Dark Mofo and producers Sarah Last and David Burraston, both from The Wired Lab, as they had worked together on previous projects, deploying Syva as the perfect accompaniment to Watson’s singular artwork.

“The uniqueness of this project was that Syva was rigged off 15 hand-picked trees,” recalls Novatech Audio Systems Tech, Michael Wickens. “The 15 Syva boxes were arranged in two rings; an inner ring of four, rigged at a height of 25 metres and an internal diameter of 15 metres, and an outer ring of 11 Syva rigged at 15 metres with an internal diameter of 25 metres. The ultimate aim of this installation was to have every speaker sit at the same geographical distance from the center of the listening field.”

Syva was chosen for the vertical directivity of the cabinet which allowed the Novatech team to steer audio into the listening plane, making sure no energy was wasted or lost through environmental factors such as tree canopies. Aesthetically, Syva’s slim profile perfectly blended into the surrounding environment.

To help deal with the unusual setting, L-Acoustics Soundvision software was utilised for this immersive installation. It allowed Watson and Dark Lab to see a visual representation of their calculations as well as any anomalies, which could then be discussed and rectified before installation. Soundvision was also used as a visual reference for the arborists, who were physically rigging Syva to the trees – the highest tree climbed was around 40 metres and had a diameter that narrows to around 200 millimetres at that height. Wickens worked out the angles in advance to ensure the system gave the best coverage; this meant that riggers only needed to climb each tree once, hanging the speakers in the perfect position, without the need for adjustments.

“During my 10-plus years of working in audio I have never worked in such a unique location,” says Wickens. “Being involved in a sound installation in a virtually untouched forest was a very humbling experience.”

“It was definitely more of a bush walk than a work site,” concurs Novatech Senior Project Manager, Nathaniel Collins. “Luckily there was a path that lead straight to the installation site, although we did have a 200 metre push to get the equipment to there.”

A major challenge was making sure tree canopies or trunks did not obstruct each Syva’s HF drivers, and ensure sonic consistency between each cabinet; the ethos was to avoid equalisation entirely unless absolutely necessary.

From an ongoing operational perspective, the harsh Tasmanian winter posed its own challenges, which included 50 km/hr winds, heavy icy rainfall and power outages. Having the ability to log into control racks remotely from Adelaide via L-Acoustics Network Manager made the troubleshooting process that much easier; the Novatech team would get a call from the park rangers stating that extreme weather had passed through, so they could log on to the computers in Tasmania to run some simple tests.

“L-Acoustics Load Sensor Calibration Tool on Network Manager was a very easy and simple way of checking the HF and LF drivers of each cabinet within the array,” says Wickens. “I was blown away that, no matter how harsh the conditions, every Syva box still performed perfectly. On top of this, we could also run test sequences to ensure the ‘Hrafn’ playback software was configured correctly.

“Some of the installation’s most unusual moments were during the calibration process. When the team recorded time-based distances between each speaker with SMAART, the sound of pink noise diffusing into the Tasmanian Bush, followed closely by the eerie sound of a lyrebird, was almost a call and response, a very special moment indeed.”

“This was a real time experience of a raven roost,” Watson concludes. “Visitors were taken into the forest in the late afternoon with a guide to tell them about the history of the forest, the folklore and raven mythology. They were then led into a clearing and left there. As it went dark, they heard the sound of 2,000 ravens overhead through the immersive speaker system. Then, right at the end when they were in pitch darkness, all they could hear was the individual bird conversations coming from all sides of the forest. The piece lasts less than 40 minutes, but it was phenomenal.” 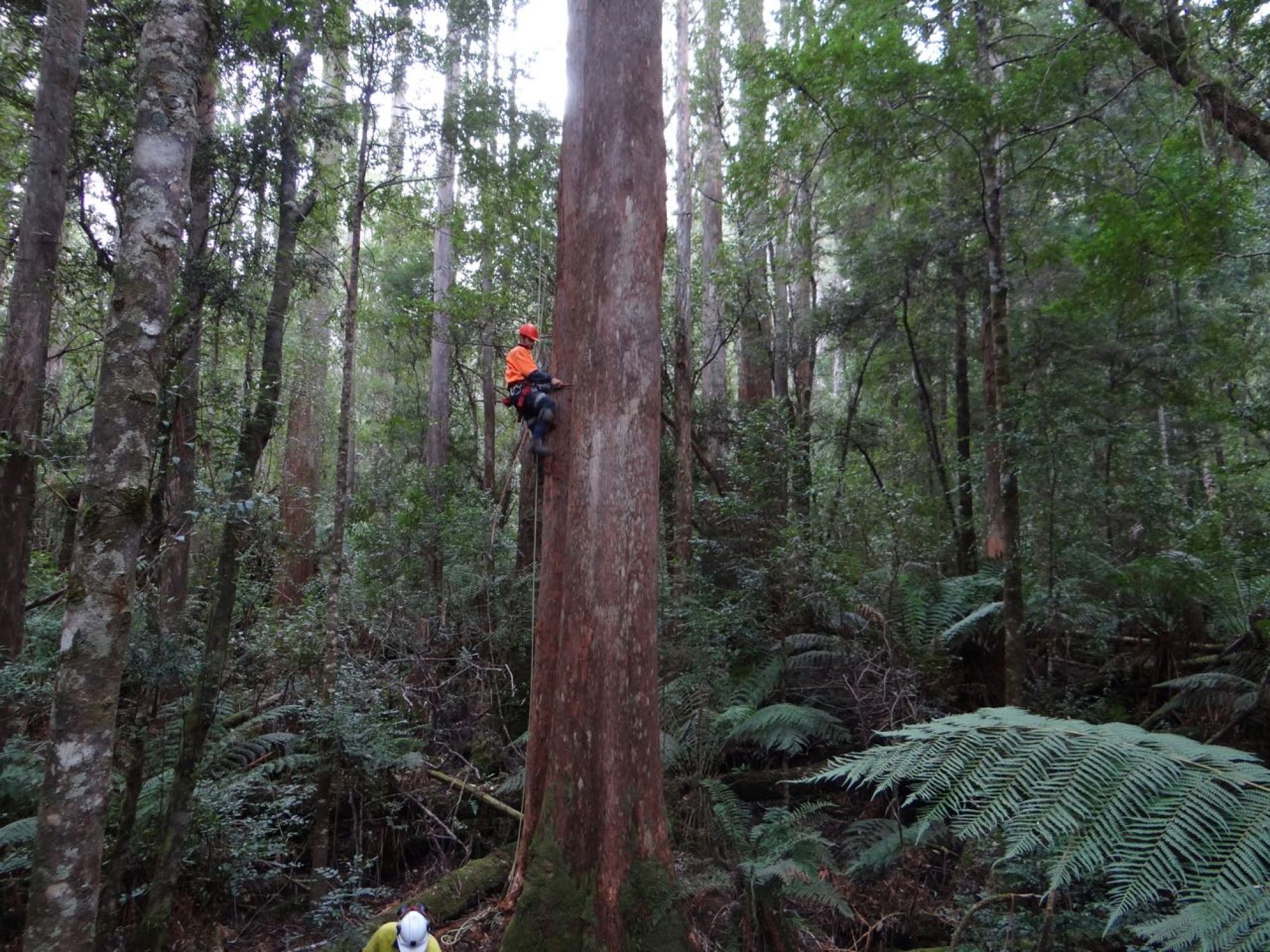 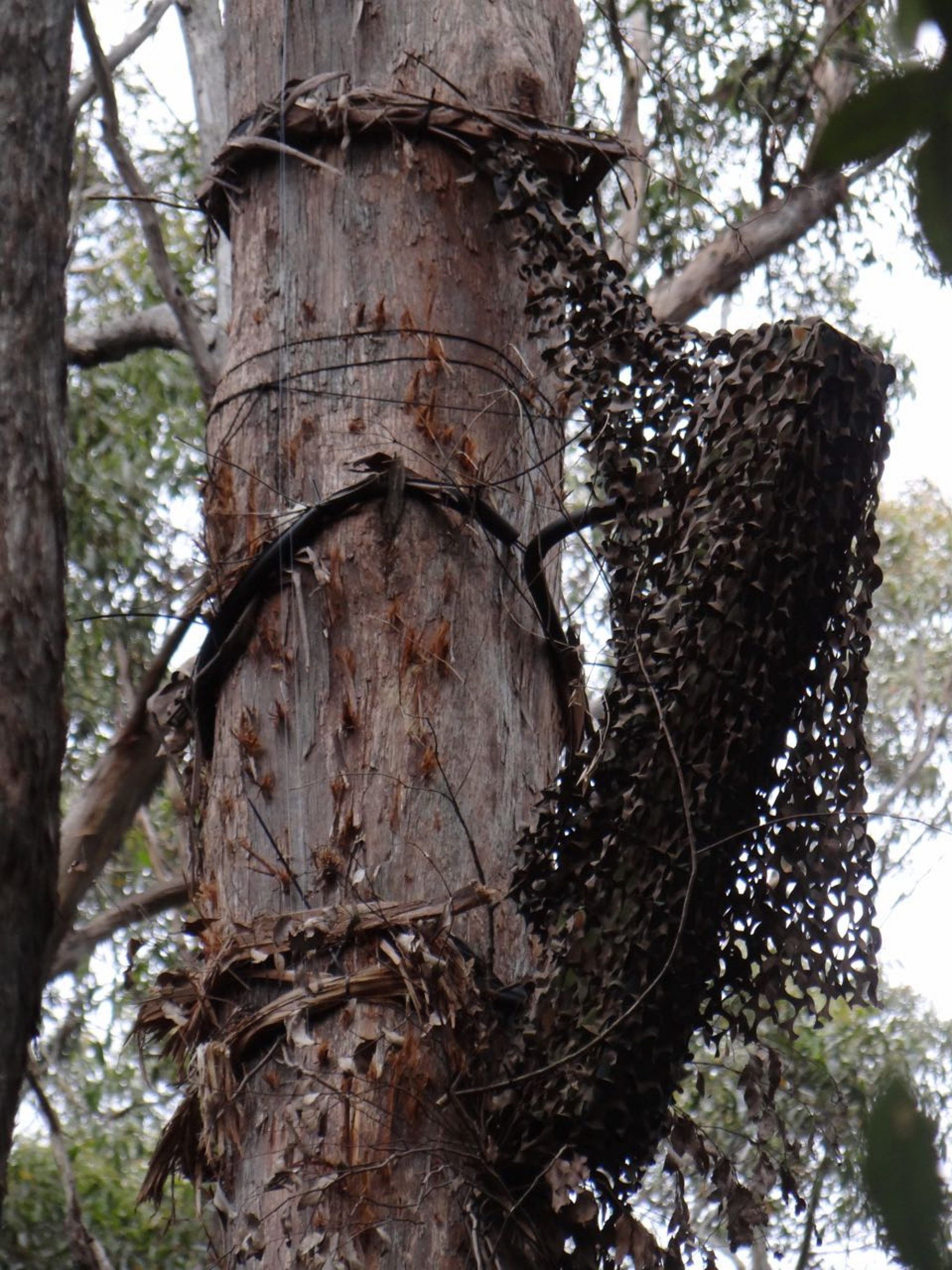 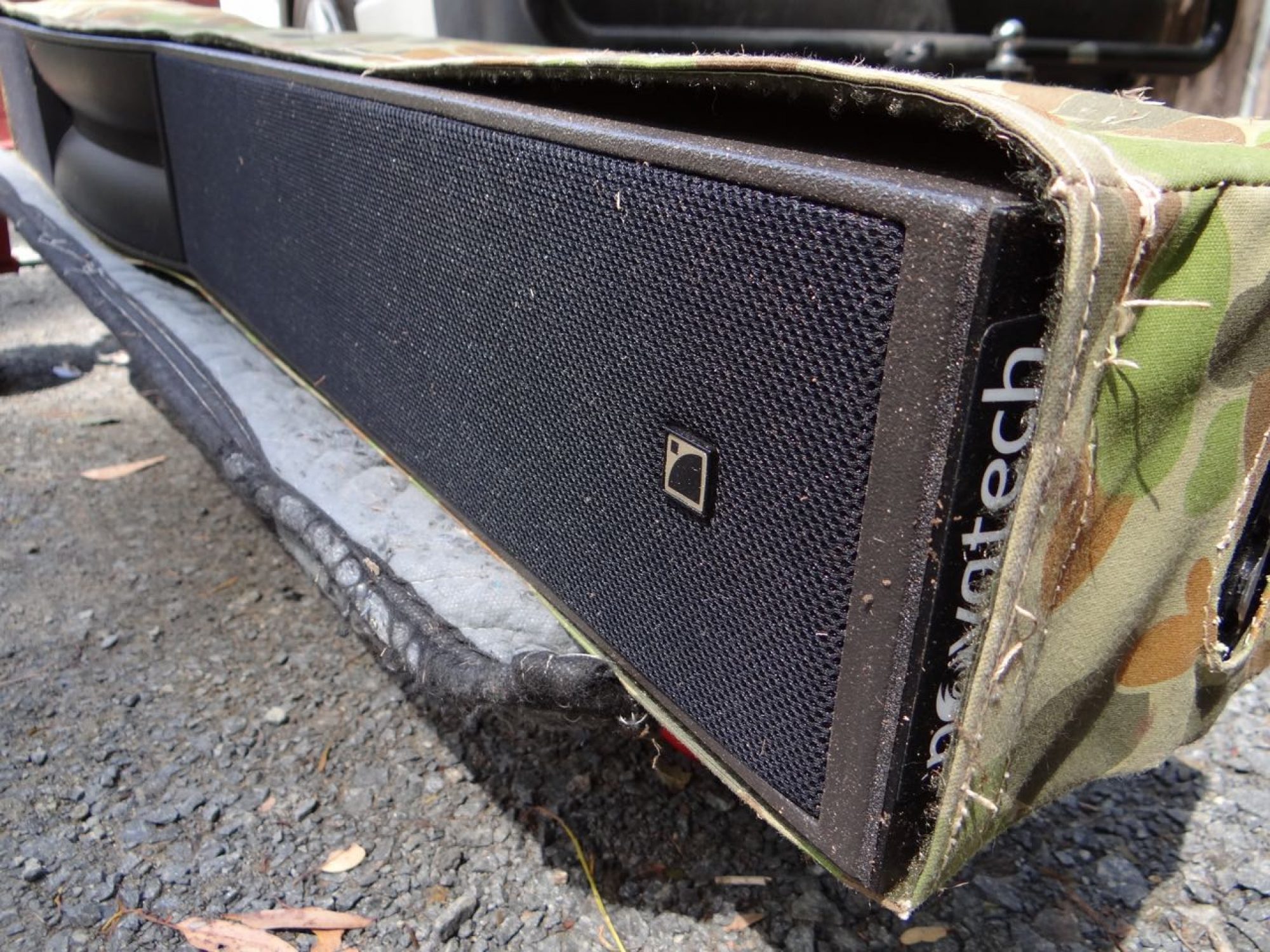