It was an audacious COVID recovery idea months in the planning; take the ASO outside, put them on a huge stage with giant IMAG screens and a massive PA, and produce six crowd-pleasing yet diverse orchestral gigs for a COVID-safe audience of 5,000 per show. Heart, soul, sweat and some RISE funding made it happen over two weeks in November and December 2021.

Adelaide Showgrounds saw the stage set up in the main arena. Practicalities like the times the sun would set, prevailing wind direction, the angle of the stage in relation to direct sun, and a myriad of other factors that EDM festivals and rock shows don’t think about were meticulously taken into account.

The programme affectionately now known as FOFO kicked off on November 24 with ‘Classical Spectacular’, a glorious return to the stage that finished the concert off with a literal bang; Tchaikovsky’s 1812 Overture was performed complete with perfectly timed cannons and fireworks.

Two days later, Ministry of Sound: Classical, the global phenomenon that sees major club hits arranged for orchestra, DJ, and live vocals got its groove on. The day after that, Carmina Burana, Carl Orff’s 1936 runaway hit cantata (its opener, O Fortuna, has starred in countless ads and movies), got a rare live performance complete with 200 strong choir.

The week after, A Night on Broadway served up exactly what it promised, Symphony of Angels saw legendary Aussie pub rockers The Angels meet the ASO, and the series concluded with BBC Blue Planet II, a live scored BBC nature documentary hosted by the beloved Dr Karl Kruszelnicki AM.

Novatech Creative Event Technology were the production providers for the series, having been ASO supporters for many years. “It’s testament to the thought and planning the ASO put into this festival that the result in its first year was phenomenal,” praises Leko Novakovic, managing director of Novatech. “They knocked it out of the park; from arrival to departure, everything was beautiful. It was an inspiring series, which is what we all needed in these uncertain times. And the 1812 Overture! They had the army handle the cannons, and when they went off in perfect time along with the music and the fireworks, I got goosebumps.  I felt sorry for every resident of Goodwood, but it was absolutely spectacular, and they nailed every aspect.”

With ASO’s Head of Production and Operations, Paul Cowley working with Novatech on all the details, Jayden Sutherland of The Bakery Design Co came onboard the project as the technical designer, also getting on the tools as lighting operator. Novatech sister company Nexstage worked closely with the ASO on creating the right staging, risers, and scrims. “The ASO were very interested in the aesthetics of this festival,” relates Leko. “They wanted it to be both clean and special. There was tremendous attention to detail. For example, at the Rose Terrace entrance, there was a VIP area, food trucks, a stage for community performances that hosted things like big bands, and an area for the family days they held on Sundays, teaching kids about the orchestra.”

The impression on the punters in the main arena was in every sense, massive. “We had to maximise the seated audience numbers, which worked out to 5,000 per show with the social distancing requirements approved by SA Health,” elaborates Leko. “So this meant a really big area, just with a lot less people in it than we would normally have had. But that meant screens and PA still had to be large enough for that space.”

These requirements translated into “boatloads” of L-Acoustics PA, a big channel count off the stage, big audio consoles, tons of mics, and lots of monitoring. Lighting was a big rig, with every show requiring different floor packages and other changes. The stage was flanked by ROE LED screens for IMAG that were 11 meters wide, joined by an upstage screen 10 meters wide.

“Everything was big,” confirms Leko. “Comms were big; we had our Riedel Artist system with smart panels, and tons of people on Riedel Bolero wireless packs. Haze was big; we got to use our MDG TheOne hazers, which are perfect for big stages that need to be low noise. We brought a big, complex camera rig, run from our OneSystem Constellation rack from a Blackmagic Design control surface, with full HD Sony and Marshall camera chains.”

Fortune favours the brave, and all six concerts were blessed with good weather for outdoor shows. 22,000 audience members experienced FOFO, and even classical music critics who notoriously and instinctively dislike amplified sound were glowing in their praise. “We were proud to be associated with FOFO,” concludes Leko. “The reactions were so positive. We had the ASO thanking us, and laypeople complementing the video direction. They were picking up on the fact that the camera switching was directed by ASO staff who knew the score, meaning cameras switched perfectly to orchestra members playing solos and the like. It was that attention to detail, and everyone’s hard work, that really made these gigs special.”

“Festival of Orchestra is possibly the ASO’s largest ever undertaking,” says Vince Ciccarello, Managing Director of Adelaide Symphony Orchestra. “Having worked with Novatech for over a decade, they really understand our business. Orchestras are unique beasts which have very special needs. Novatech has been brilliant at understanding those and delivering on them. It’s hard to imagine how we would’ve delivered this project without a local partner like Novatech on the ground. The fact that Novatech is local means that they not only know this venue and site, they’ve been able to do recces at short notice. They’ve been able to plan, meet, get onto issues as they arise, and be out on site on a regular basis with the attention to detail that has been critical for such a big undertaking.” 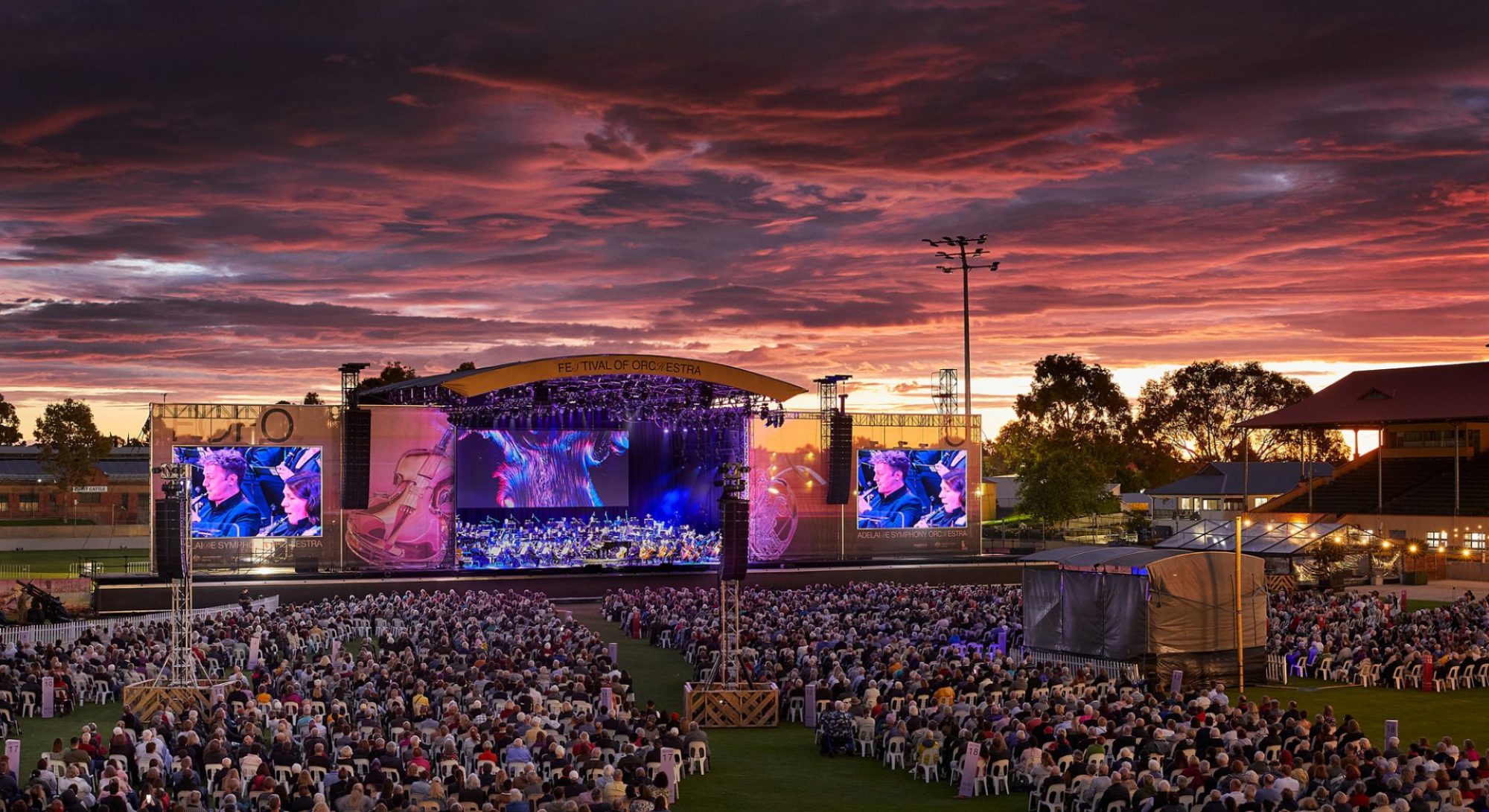 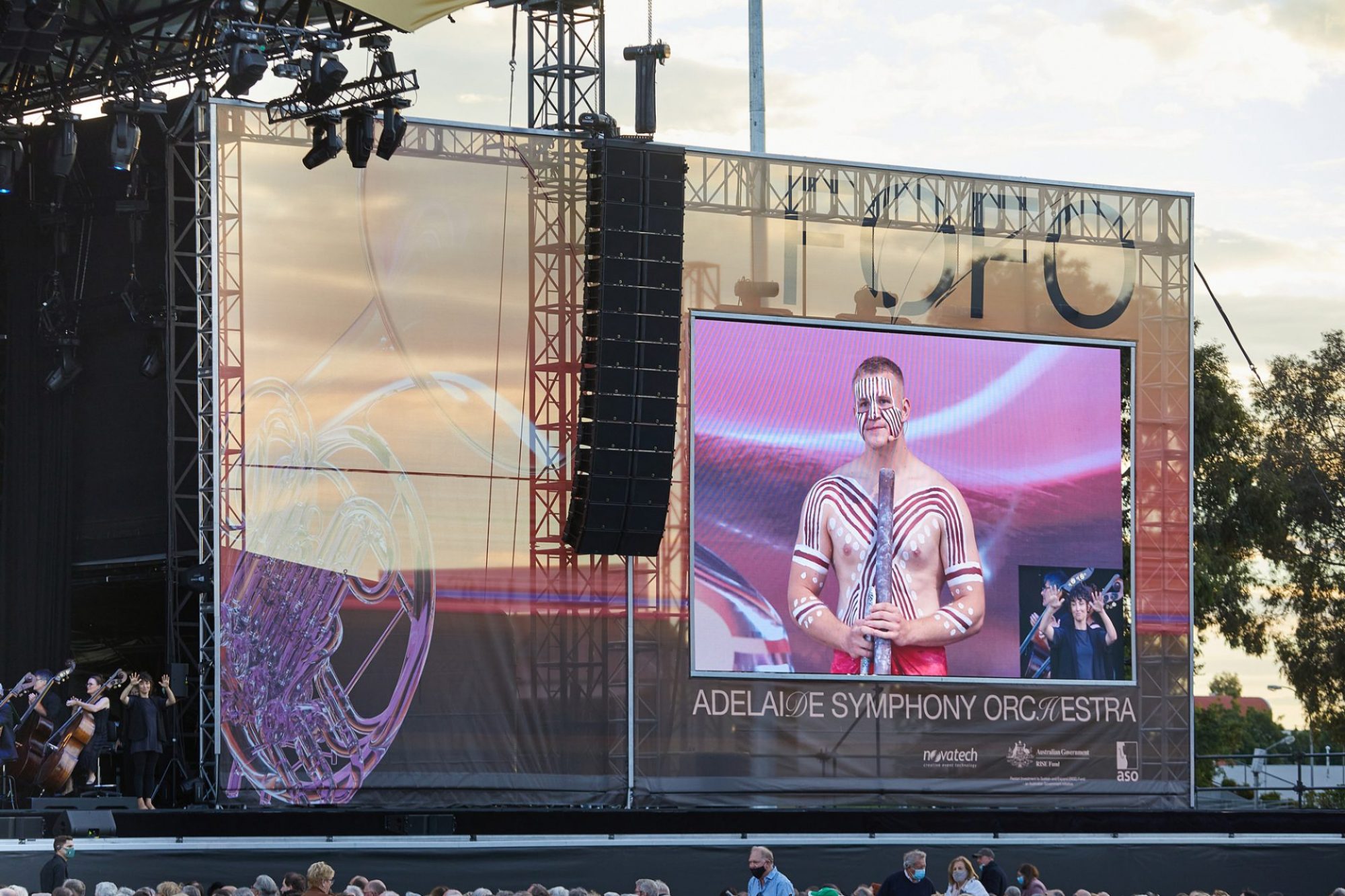 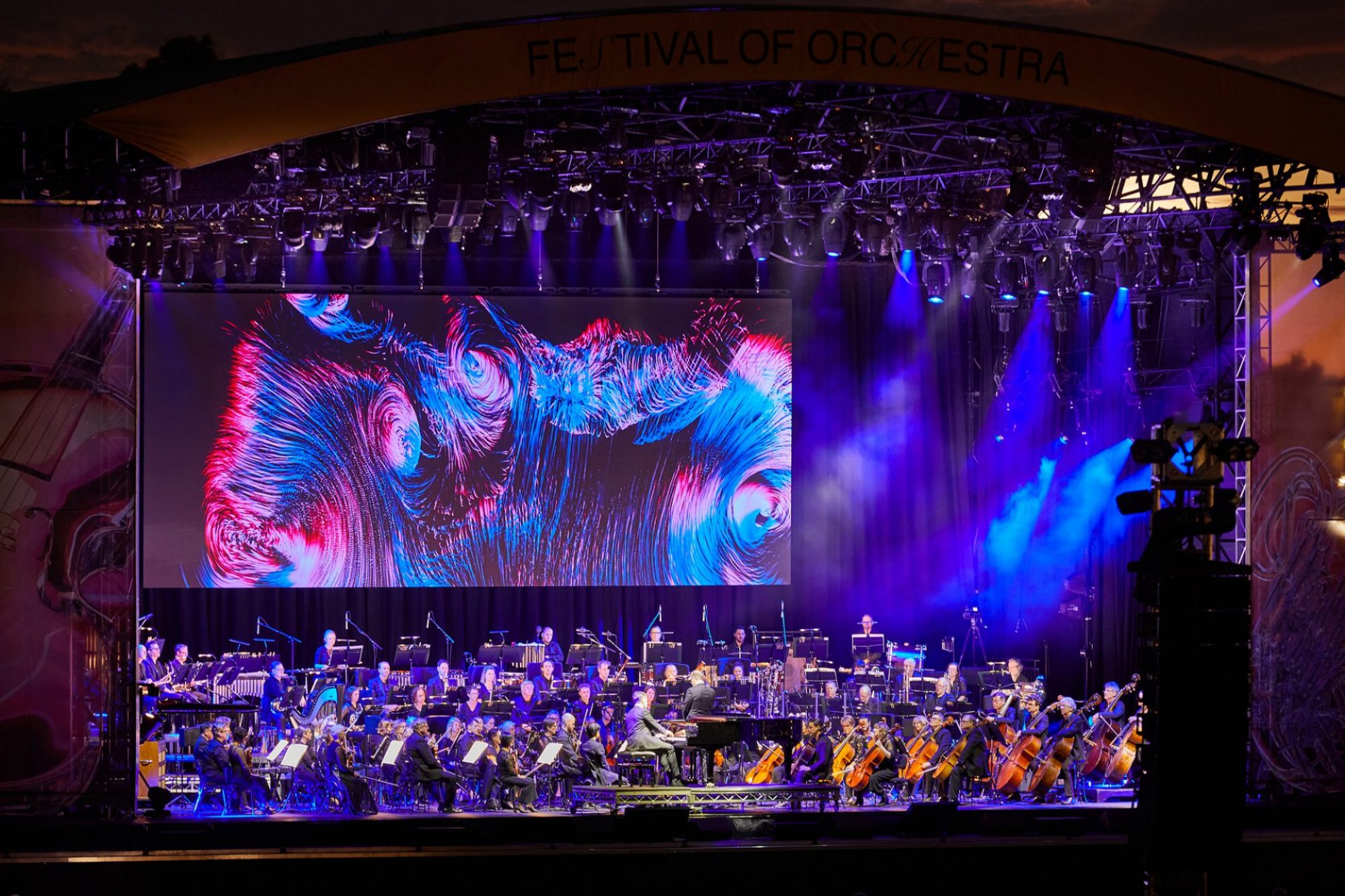 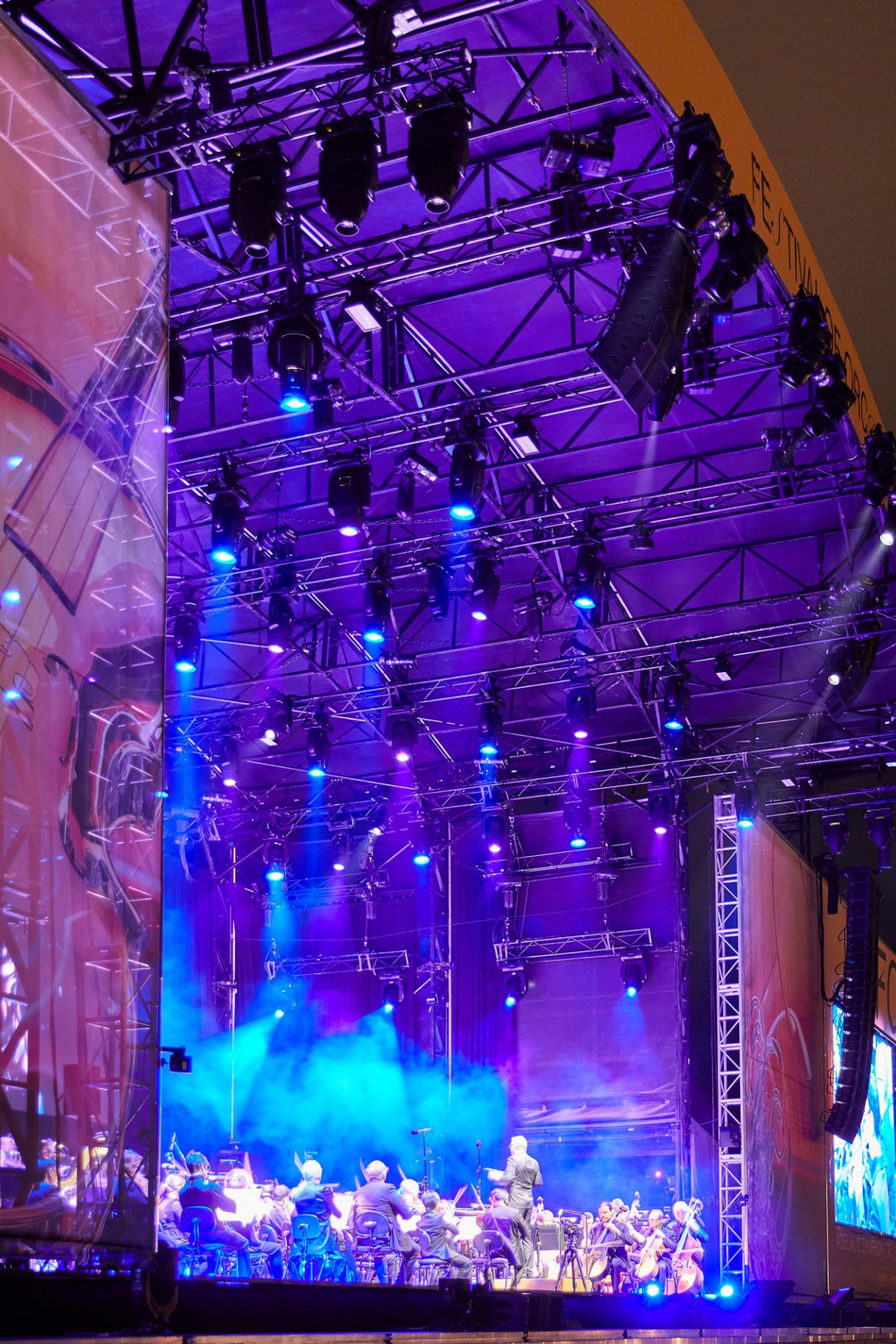