The Spin Off Festival rocked 20,000 attendees at the Adelaide Showgrounds on Friday July 19. Cheekily named for its partnership with Splendour in the Grass to bring sideshows to SA, the single-day event brought Splendour Headliner Childish Gambino to town, along with Catfish And The Bottlemen, Ball Park Music, Ocean Alley, Wolf Alice, Hockey Dad, and more.

Novatech Creative Event Technology partnered with promoters Five Four Entertainment and Secret Sounds to supply the massive lighting and video requirements, made even more impressive by the presence of Splendour headliner and cultural phenomenon Childish Gambino, a.k.a. Donald Glover.

Because too much is never enough, three floor packages were provided for artists at the top of the bill. Ocean Alley got 14 GLP X4 Bar 20s and six additional blinders, while Catfish and The Bottlemen were provided eight DreamColor LED Strips and 24 LED PARs fitted with Robe Halo LED rings.

Lighting control provided for the house was courtesy a grandMA3 and grandMA3 light. Childish Gambino rolled in a grandMA2 and a grandMA2 light. Catfish and The Bottlemen’s LD rocked a ChamSys MQ100, while Ball Park Music’s lighting crew opted for a High-End Systems Hog 4. Art-Net switching was ingeniously handled by a TMB ProPlex GBS network selector, enabling seamless transition from desk to desk, along with redundant fibre connection for peace-of-mind.

A Ross Carbonite flyaway kit was brought in for video switching and fed by Novatech’s cameras positioned at FOH ops and on stage. Childish Gambino’s crew utilised Novatech’s video and capture gear and supplemented it with cameras and operators of their own, patching into the system.

“A had a bit of a moment sitting at FOH ops watching the show,” shared Novatech’s Managing Director Leko Novakovic. “I looked up and realised that all of the lighting, all of the audio, and all of the video was owned provided by Novatech. It was a good moment!” 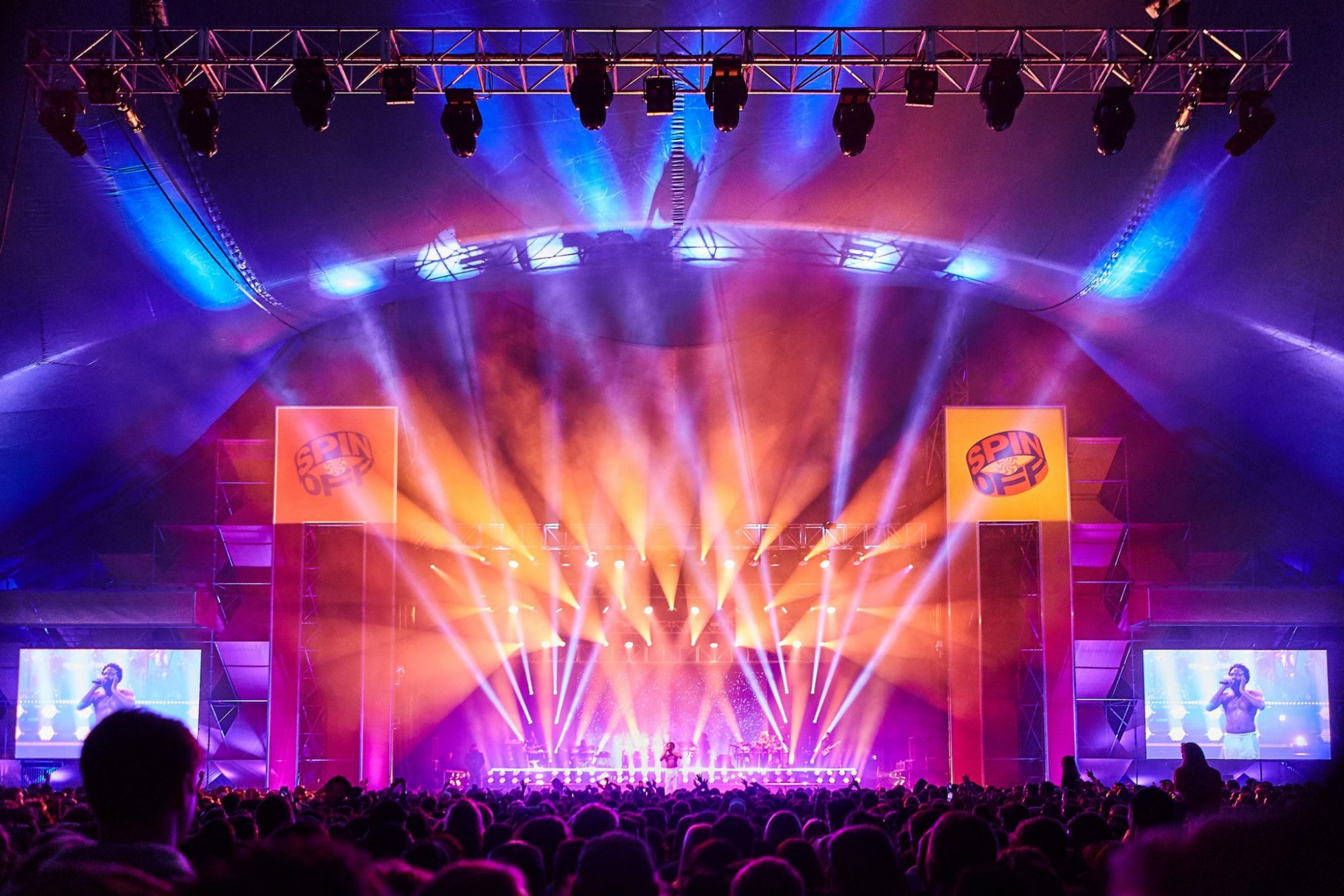 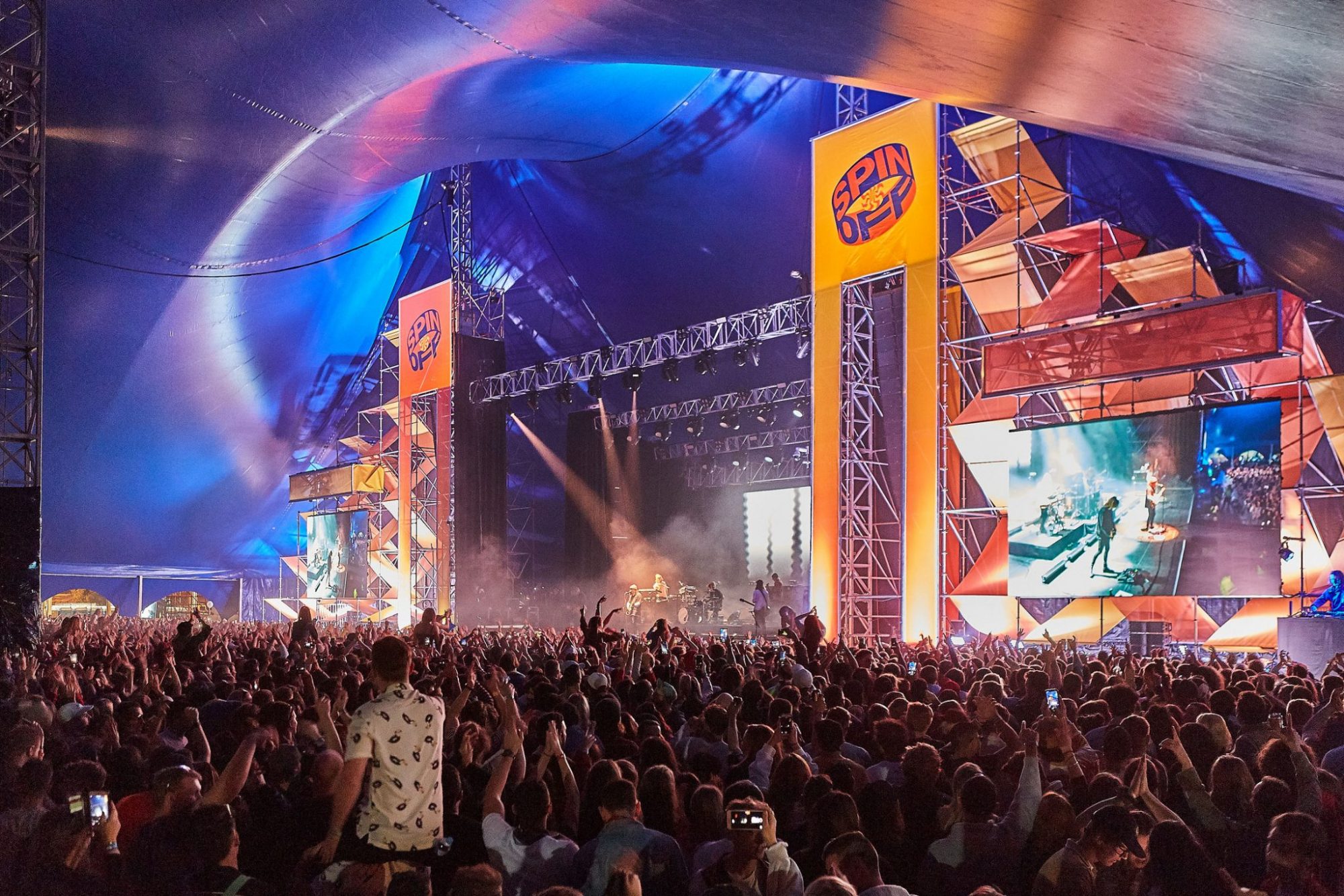 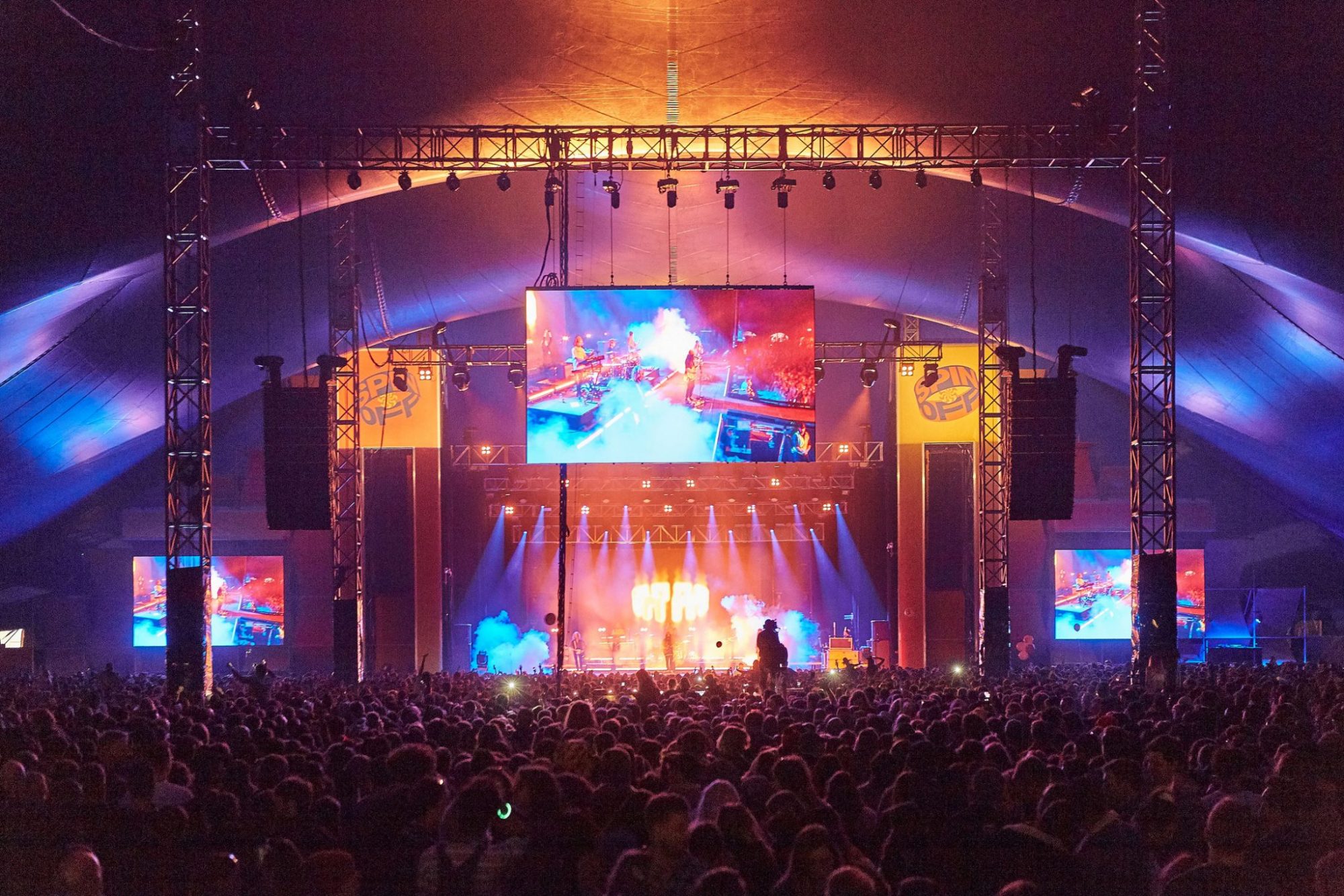